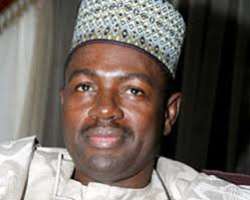 He was joined at the briefing by Transpot Minister, Idris Umar, as well as Minister of Trade and Industry, Dr. Olusegun Aganga .

Umar explained the viability of the project, and how it will impact economic life in the selected rails corridors.

According to him, the feasibility study will also involve both rail stations and environmental impact in the selected rail corridors.

He further stated that the six rail lines will cover 4430 kilometers, with 6 months completion period.