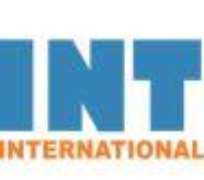 FGN's Committee On Boko Haram Terror Victims' Support Fund: A Bold Step To Creation Of Nigerian Victims Of Crime Act & A Plus For Our Campaign On Remedial & Criminal Justice For Ethno-Religious Victims & Criminals

(Civil Liberties & Rule of Law, Onitsha Nigeria, 15th July 2014)-The attention of the leadership of International Society for Civil Liberties & the Rule of Law-Intersociety is drawn to yesterday's constitution by the Federal Government of Nigeria of a 'Committee on Boko Haram Terror's Victims Support Fund' to mobilize resources and administer appropriate support to victims of insurgency and Boko Haram terror activities all over the country.

Our Reaction: We commend the Federal Government of Nigeria for finally waking up from its chronic slumber. The constitution of 'Ethno-Religious Victims Support Fund Committee' is long overdue. The name ought to be called and should be called 'Ethno-Religious Victims Support Fund Committee'. This will expand the scope of the Committee to include those killed, maimed and made homeless in other agro-ethnic-cum-religious butcheries such as Islamic Fulani jihadist killings in Taraba, Benue, Southern Kaduna and Plateau States as well as other politically and ethno-religiously related violence such as chronic Jos killings and post election violence of 2011 and beyond. This bold step by the Federal Government of Nigeria is also a big boost to our organization's consistent campaigns for remedial justice for the victims of the ethno-religious butcheries in Nigeria as well as international criminal code sanctions against their butchers and other atrocity criminals.

We had in our 2012 letter to the Attorney General of the Federation called for the enactment of the Nigerian Crimes Victims Act to remedy the hardships and violence regularly meted out to victims of violent crimes in the country. Similar call was made in the written submissions made to the National Assembly Committee on the amendment of the 1999 Constitution by our organization in 2012. In the part- three of our four-part letter to President Jonathan on Boko Haram & associated issues, dated 6th of June 2014, we also demanded for the 'compulsory need for the State of Nigeria to set aside a period for National Sorry Feast so as to sooth the vengeance souls of those butchered and forgotten as well as payment of reparations or compensations by the State of Nigeria to victims and members of the immediate families of those butchered or maimed'. We consider this latest bold step of the Federal Government of Nigeria as starting points that will eventual culminate into enactment of the 'Nigerian Crimes Victims Act'.

Part of the Federal Government Committee's work will include identification of the identities of those butchered, which will include their numbers, names, sexes, occupation, States of origin and residency, religion and towns and LGAs of origin and residency as well as their age brackets. These will be carefully documented and devoid of data mangling and suppression. The dead victims should be given decent and respectful burials and funerals with mandatory presence of their loved ones particularly during public burials in the case of decomposing bodies. Pattern of burials given to dead victims of ethno-religious butcheries in Nigeria is the worst crime against the dead, spiritual world and God. It also contravenes the Fundamental Human Rights provisions in the 1999 Constitution especially as it concerns 'right to dignity of human person'.

Areas where such inhuman burials have taken place in the country should be converted to 'holy sites for fallen heroes and heroines of ethno-religious violence in Nigeria'. Our call for 'a National Sorry Feast' to periodically offer a national sorry for the injured and battered souls of the departed victims' remains irrevocable. This is on the same page with our call for international criminal and humanitarian inquiries on ethno-religious butcheries in Nigeria. Caring for the victims of Boko Haram and associated terror butcheries should include bringing to criminal justice those responsible for their untimely and inglorious death. To avoid making the Committee and its work look elitist and paper based, a secretariat with an administrative secretary and staffs should be created to run it. From our observation, it appears most members of the Committee including its chairman and vice may be too busy to find enough time for the Committee's important assignment. If this ends up being the case, then it will be another effort in futility, at the gross expense of the targeted beneficiaries.

Disclaimer: "The views/contents expressed in this article are the sole responsibility of Emeka Umeagbalasi and do not necessarily reflect those of The Nigerian Voice. The Nigerian Voice will not be responsible or liable for any inaccurate or incorrect statements contained in this article."
Articles by Emeka Umeagbalasi
30-12-2020  Inconsistencies In Police Promotions & Many Sins Of Psc And Npf Against Igbo Nation & Southeast Regi30-11-2016  Buhari’s Army Of Occupation In Igbo-land: The Making Of Another Jihad And Ethnic Cleansing10-11-2016  Trump Victory: The Return Of World Police And A Red Card To Antagonists Of International Peace And S2-4-2015  2015 Presidential Election Outcome: Other Than Threat Of Violence, Asari Dokubo Has Said It All30-5-2014  Intersociety Asks Jonathan To Invite Icc To Nigeria Over Boko Haram Terror & Other Criminal DeathsMore...