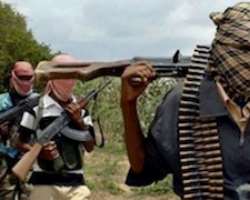 The New Democrat, a Weekly Newspaper outfit, is owned by Senator Mukhtar Aruwa.

Sources told NAN that the gunmen stormed the residence of Yunus at Ungwan Dosa area of Kaduna metropolis at about 7:45 p.m., and shot him dead.

Some staff of the newspaper outfit, who did not want their names mentioned, said no single item was taken away from the residence of the victim.

“We suspect a political undertone to his killing because the killers did not take anything from the house.

“They just stormed the house, killed him, and disappeared,” said one of the staff.

He said investigations had commenced on the matter.