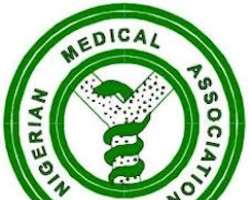 The Nigerian Medical Association (NMA) would meet Monday to discuss over the letter it received from the Federal Government over its ongoing indefinite nationwide strike that commenced on 1 July.

Lagos State chairman of the association, Dr Francis Faduyile said the government wrote the association to present its position on doctors' 24-count demands. He explained that the objective of the meeting is to assess letter and decide on the next line of action, adding that, no decision can be reach on the strike until the association meets.

Faduyile blamed the government for the strike stating that “it created distortion in the sector”.

Kayode Obembe, President NMA had earlier said the decision to embark on an indefinite strike to save the health sector. “We have to take this action in order to save the health care delivery system from anarchy that is palpably imminent,” Obembe said while calling on Nigerians to appeal to government to meet the association's 24 points demands contained in an open letter earlier addressed Senator Anyim Pius Anyim, the Secretary to the Government of the Federation.

Patients have however been at the receiving end of governments inaction and the doctors strike. Across the country, patients have been lamenting.

Doctors have complied with the strike in every part of the country. In Lagos, Lagos State University Teaching Hospital (LUTH), National Orthopaedic Hospital, Igboi and Federal Medical Centre, Ebute Metta have all be deserted.