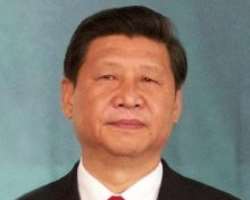 Students and civil servants in China's Muslim northwest, where Beijing is enforcing a security crackdown following deadly unrest, have been ordered to avoid taking part in traditional fasting during the Islamic holy month of Ramadan.

Statements posted in the past several days on websites of schools, government agencies and local party organizations in the Xinjiang region said the ban was aimed at protecting students' wellbeing and preventing use of schools and government offices to promote religion. Statements on the websites of local party organizations said members of the officially atheist ruling party also should avoid fasting.

Similar bans have been imposed in the past on fasting for Ramadan, which began at sundown Saturday. But this year is unusually sensitive because Xinjiang is under tight security following attacks that the government blames on Muslim extremists with foreign terrorist ties.

Violence has escalated in recent years in Xinjiang. The ruling party blames violent extremists that it says want independence, while members of the region's Uighur ethnic group complain that discrimination and restrictions on religion, such as a ban on taking children to mosques, are fueling anger at the ethnic Han Chinese majority.

An attack on May 22 in the regional capital of Urumqi by four people who threw bombs in a vegetable market killed 43 people, including the attackers. On June 22, police in Kashgar in the far west said they killed 13 assailants who drove into a police building and set off explosives, injuring three officers. Authorities have blamed two other attacks at train stations in Urumqi and in China's southwest on Muslim extremists.

The government responded with a crackdown that resulted in more than 380 arrests in one month and public rallies to announce sentences.

The ruling party is wary of religious activities it worries might serve as a rallying point for opposition to one-party rule. Controls on worship are especially sensitive in Xinjiang and in neighboring Tibet, where religious faith plays a large role in local cultures.

On Tuesday, authorities in some communities in Xinjiang held celebrations of the anniversary of the founding of the Communist Party and served food to test whether Muslim guests were fasting, according to Dilxat Raxit, spokesman in Germany for the rights group World Uyghur Congress.

“This will lead to more conflicts if China uses coercive measures to rule and to challenge Uighur beliefs,” said Dilxat Raxit in an email.

The ruling party says religion and education should be kept separate and students should not be subject to religious influences. That rule is rarely enforced for children of Han Chinese, who, if they have a religion, are mostly Buddhist, Daoist or Christian.

A news portal run by the government of Yili in the northern reaches of Xinjiang said fasting is detrimental to the physical wellbeing of young students, who should eat regularly.

In the city of Bole, retired teachers from the Wutubulage Middle School were called in to stand guard at mosques and prevent students from entering, according to a statement on the municipal party committee website.

Also in Bole, the Bozhou University of Radio and Television said on its website it held a meeting with working and retired minority teachers on the first day of the Ramadan to remind them of the fasting ban.

The forestry bureau in Xinjiang's Zhaosu county held an event the day before Ramadan at which party cadres signed a pledge they and their relatives would “firmly resist fasting,” according to a statement on the website of the local party committee.

The Moyu Weather Bureau in the Hotan area said on its website that Muslim employees, both active and retired, were required to sign a letter promising not to fast.

The commercial bureau for Turpan, an oasis town in the Taklamakan Desert, said in a statement that civil servants are “strictly forbidden” to fast or perform the Salat prayer ritual in a mosque.

Copyright 2014 The Associated Press. All rights reserved. This material may not be published, broadcast, rewritten or redistributed.