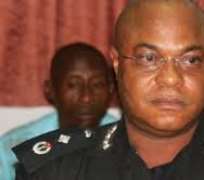 The Rivers State Commissioner of Police, Tunde Ogunshakin, has raised alarm over overcrowded police cells because of the crisis in the state judiciary and strike by judiciary workers.

Ogunshakin who accused the leadership of the Rivers State Judiciary Workers Union of playing politics with the strike, dismissed the argument of the workers that the primary reason why they embarked on strike was due to insecurity in various courts.

He said that that judges and various courts in the state have been provided with adequate security.

However, judiciary workers are scared after a state High Court Ahoada in Ahoada East Local Government Area was bombed twice within six months and vital court materials such as exhibits and documents were destroyed.

In the first incident, some judicial workers were among the suspects arrested by the police for allegedly using improvised explosive device,IED,to destroy the court.

The workers under the aegis of judiciary workers protested that their members were being hounded for crimes they did not commit.

The second grievance of the workers is the controversy surrounding the appointment of a substantive Chief Judge for the state.

NJC and those supporting Justice Okocha's appointment are arguing that the Constitution only stated that the CJ must be the most senior judge of the High Court but silent on whether the Judge is of the Customary Court.

However, the state government stated that the NJC could only recommend but the final decision rests with the state Governor with approval of the State House of Assembly.

But the NJC went ahead and appointed Justice Daisy Okocha, an Administrative Judge of the state and directed all judges in the state not take any appointment from the state government or any orders from any other judge.

Following the logjam, the state government directed the salary of judiciary workers be stopped because of the tendency to be cajoled into taking orders from Justice Okocha.

Despite the intervention of the State Civil Liberties Organization, CLO, the State Commissioner of police and some chapters of Nigerian Bar Association, NBA, the judiciary workers have refused to call off their strike.

Ogunshakin's alarm over overflowing police cells is now of uttermost concern to lawyers and stakeholders.