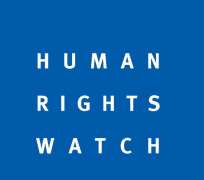 On May 30, 2014, the interim president, Catherine Samba-Panza, formally asked the ICC prosecutor to open an investigation, acknowledging that Central African courts are not in a position to carry out the necessary investigations.

“Everyone involved in the horrific crimes in the Central African Republic should know there is a price to pay for committing atrocities,” said Daniel Bekele, Africa director at Human Rights Watch. “The ICC prosecutor should accept the government's request, investigate crimes by all parties, and help provide a sense of justice for the victims.”

The Central African Republic has been in a state of acute crisis since March 2013, when the Seleka, a predominantly Muslim rebel coalition, seized power and began killing civilians, burning and looting homes, and committing other serious abuses. In mid-2013, a group of predominantly Christian and animist fighters calling themselves the anti-balaka came together to attack the Seleka, but have committed large-scale reprisal attacks against Muslim civilians. Insecurity still reigns, with killings on an almost daily basis.

Over the course of 12 research missions to the Central African Republic since March 2013, Human Rights Watch has documented serious crimes by all parties to the conflict. The crimes include murder and summary executions, deliberate and indiscriminate attacks on the civilian population, torture, cruel and degrading treatment, the destruction of entire villages or neighborhoods, forced displacement, recruitment of child soldiers, and targeting on an ethnic or religious basis. There have also been credible reports of sexual violence, including rape. The crimes have affected hundreds of thousands of people and are serious violations of international law falling within the jurisdiction of the ICC, including crimes against humanity.

In February, the ICC prosecutor, Fatou Bensouda, announced that her office had received sufficiently serious allegations of crimes within the court's jurisdiction to trigger the opening of a preliminary examination. In May, her office sent a team to assess the situation, but she has yet to respond to the interim government's request.

The ICC already has one case pending in connection with alleged crimes committed in the country between 2002 and 2003 by Jean-Pierre Bemba Gombo, a Congolese national and the former vice-president of the Democratic Republic of Congo who was invited to the Central African Republic in 2002 to help resist a coup attempt by François Bozizé, who later became president. The case against Bemba is insufficient to address the current situation.

While Central African Republic government institutions were weak and mismanaged before the Seleka coup, judicial and security structures disappeared almost completely after the rebel coalition seized power in March 2013. When interim President Samba-Panza took office on January 23, 2014, there was not a single properly functioning detention center in the entire country, and courts had stopped working.

Despite efforts to re-establish law and order, law enforcement authorities still lack the authority and means to carry out arrests and there are almost no appropriate and secure detention centers for male suspects. A small prison with 12 female inmates is still functioning in Bimbo, near Bangui.

Many judicial authorities have been unable to resume work. Most courthouses and detention facilities outside the capital, Bangui, have been destroyed or looted, and court and security officials have either abandoned their posts or are not working due to lack of pay or threats to their lives. In November 2013 a senior judge, Modeste Martineau Bria, was gunned down in a street in Bangui by former Seleka fighters. In Bangui, court officials are slowly beginning to return to their posts but are struggling to resume work in unsecured and ill-equipped facilities.

On April 9, interim president Samba-Panza issued a decree that establishes a special investigative cell to investigate crimes committed in the country since January 1, 2004. The unit, which will consist of prosecutors, investigative judges, and police investigators, is tasked with identifying people responsible for crimes and building cases against them for trial. Its initial focus will be on the most recent crimes. Establishment of the specialized unit is an important step toward ensuring accountability, Human Rights Watch said.

The government appointed senior staff for the unit on June 20, but it still needs resources and logistical support to begin its work. It also needs adequate security and sufficient independence to look into abuses committed by both the Seleka and the anti-balaka.

“There can be no durable peace in the Central African Republic unless law and order are restored,” Bekele said. “The government of the Central African Republic should cooperate with any ICC investigation. The UN and international donors need to provide urgent financial and technical support to assist the interim government in restarting the country's judicial system and get the special investigative cell up and running.”

On April 10, the UN Security Council approved the deployment of a peacekeeping force, MINUSCA, to the Central African Republic. It is to become operational in mid-September. The peacekeepers should help the government document crimes, apprehend and detain suspects, and carry out investigations and prosecutions, Human Rights Watch said. Until then, French, African Union, and EU forces should help the government with basic law-and-order functions.

“A commitment to accountability will reassure victims that justice will be done, not by lynch mobs on the streets, but under the law,” Bekele said. “Trials will not happen overnight, but the government and international community need to send a strong signal that ongoing abuses will not be tolerated.”