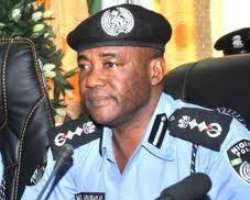 Those arrested are believed to be members of the Islamic group travelling to Kano with several military uniforms concealed inside a luxurious bus.

They were arrested in Enugu on Wednesday after a commercial bus conveying them was intercepted by security operatives.

It was learnt that the bus, with registration number AKD816XG, was conveying the alleged insurgents from Aba in Abia State to the northern part of the country.

They were intercepted by the National Task Force (NATFORCE) at Amala in Udenu Local Government Area of Enugu State.

The news of the arrest fuelled panic in the coal city as many feared there was more to it.

It was gathered that the suspects left Aba, Abia State, around 2.00 pm, on Tuesday heading to Kaduna and were intercepted at wee the hours of Wednesday at a boarder community in Enugu state leading to the northern parts of the country.

Investigations revealed that an army sergeant on special duty at Xerox Construction Company in Ohaofia, Abia State, procured the military uniforms and employed the services of the suspects for onward delivery of the consignments to an army corporal in Kano for an undisclosed mission.

A report quotes a competent police source as saying that the luxury bus which they were travelling with which belongs to the Young Shall Grow Company was not fully loaded at Aba but stopped over in Enugu to pick other passengers who unknowingly mixed up with the dreaded Islamic sect to Kaduna.

In his reaction, the Abia State Commissioner of Police, Adamu Abubakar, said full scale investigations would be carried out to authenticate the true mission of the 21 suspects.

“I wouldn't tell you we arrested people with arms or whatever but all that I know is that we have arrested some people and we did not say they are Boko Haram because people can speculate. For us, we don't speculate until we investigate and after the investigation, we come up with the facts. We have arrested some people from Obolloafor and the matter has just been transferred to us from Obolloafor, but we have not yet gone into the facts of the case, the moment we get details, we will call you back or do a press release. People should know what is happening”, he was quoted to have said.

It was learnt that the security operatives recovered arms, as well as bags containing army uniforms and other items, from the suspects.

Abubakar said that he had ordered the task force team to transfer the suspects from Obolo Affor to the police headquarters in Enugu.

The suspects had already been locked up at the state police headquarters in Enugu as of the time of this report.

The state's police Public Relations Officer, DSP Ebere Maraizu, confirmed the detention of the suspects, but said there was the possibility that the suspects were not members of Boko Haram.

He explained that the suspects were being interrogated to enable the police ascertain where they were heading to and how the military camouflage uniforms came into their possession.