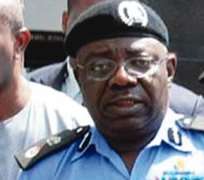 Two explosions occurred in Apapa, Lagos on Wednesday night, with sources claiming that five persons died while many were injured.

Sources told our correspondent that the explosions occurred almost at the same time, with the first at the entrance to the Folawiyo tank farm and the other inside the facility.

It was gathered that the explosion inside the tank farm left four people dead and many left injured.

According to sources, two petrol tankers were involved in the explosions. The trucks were said to have caught fire after they exploded.

It was also learnt that the fire that followed the explosion inside the terminal was quickly put out.

The Lagos State Police Command's Public Relations Officer, Ngozi Braide, said, 'I learnt that a tanker carrying fuel burst into flames. The Divisional Police Officer of the area and other policemen are at the scene of the incident.'

When contacted, the Director, State Fire Service, Rasaq Fadipe, said it was a gas explosion and not a suicide bombing as claimed by some eyewitnesses.

He said, 'Suicide bomber? That is not the information I have. We were told of a fire outbreak caused by the explosion of a gas cylinder in an energy company.

'I cannot give you exact details because my men could not get easy access to the place. But they are on ground and casualty details will be given when the threat is brought under control.' - Punch.