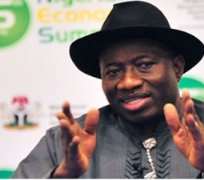 The Accountant-General of the Federation (AGF), Jonah Otunla, said N683.9 billion was shared among the Federal Government, states and local governments as revenue for the month of May.

Otunla made this known when he briefed newsmen on the outcome of the Federation Accounts Allocation Committee (FAAC) meeting in Abuja on Tuesday.

'The distributable statutory revenue for the month is N582.9 billion which is more than the N533.7 billion that was shared for the month of April .

'Also the sum of N35.5 billion is proposed for distribution under the SURE-P Programme.

'So, the total revenue distributable for the current month, including Value Added Tax (VAT) of N65.4 billion is N683.9 billion,' he said.

He said that N52.8 billion, representing 13 per cent derivation revenue was also shared among the oil producing states.

On VAT, he said the gross revenue collected in May was N65.42 billion as against N65.43 billion distributed in April, representing a decrease of N11million.

The AGF said the mineral revenue collected for May was N507.19 billion, more than the N474.9 billion realised in April, showing a difference of N32.3 billion.

He said that non-mineral revenue collected during the period under review was N336.8 billion.

The figure, he said, showed an increase of N227.6 billion from the N109.3 billion that was collected in April.

He also said that N159.7 billion out of the excess non-oil revenue for the month was also proposed for distribution.

Otunla said N101.4 billion was transferred to the nation's Excess Crude Account bringing the total to 3.73 billion U.S dollars from the 3.6 billion balance it had in the previous month.

He said even though the oil revenue for the month was affected negatively by theft, cost of repairs and maintenance of ruptured pipelines, a bulk payment made by the NLNG saved the day.

'A bulk payment of $1.2bn by NLNG made a profound impact on the revenue collection for the month as well as an upward review of estimates by SPDC limited and other companies,'' Otunla said.

Timothy Odah, the Chairman, Finance Commissioners Forum, has said that the forum had extensive discussions on how best to enhance states revenue

Odah, the Commissioner for Finance in Ebonyi, spoke to newsmen shortly after the meeting in Abuja.

He called on finance correspondents to aid the government by writing articles that would portray the good features of the Nigerian economy.

He said this would assist in bringing in the much needed additional investment to the country's economy.