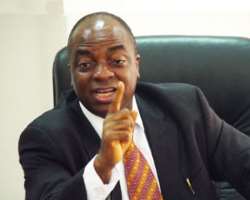 Six persons have been arrested in connection with two improvised explosive devices (IEDs) planted at the Living Faith Church (a.k.a. Winners'Chapel), Commissioner of Police in Imo, Abdulmajid Ali, said on Sunday in Owerri.

According to him, the command was alerted about the strange objects in the church compound.

“We were alerted that some devices were seen in the church and immediately we deployed our anti-bomb squad.

“We are happy that the squad immediately detonated the bomb on arrival and six persons have been arrested so far,” he said.

Ali said the command would do everything possible to unravel the perpetrators of the act.

He urged the people to go about their normal activities as the two IEDs have been detonated.

Brigade Commander, 34 Artillery Brigade, Owerri, Brig.-Gen. Lanre Bello, confirmed that the explosives were capable of killing many people at a time.