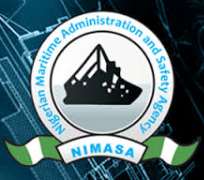 The statement said the Ghanaian registered vessel was hijacked off the coast of Ghana and sailed across Togo and Benin Republic to Nigeria.

It said the Ghanaian Fisheries Authority and the operators of the fishing vessel joined in requesting NIMASA to bring the incident to a logical conclusion.

'A Greek oil tanker with 24 crew members has lost contact with its owners in the Gulf of Guinea, sparking fears that the ship may have been hijacked by pirates,'' the statement said.

It said that responding, NIMASA immediately launched its satellite surveillance system in collaboration with the Nigerian Navy and the Nigerian Air Force.

It added that the six hours surveillance operation was coordinated by Capt. Warredi Enisuoh, NIMASA Director of Shipping Development.

'The newly built satellite surveillance system of the agency which has penetrating radar capabilities was brought to bear and the incident was resolved within six hours.

'They quickly put up a response which made the hijackers abandon their mission and flee,' the statement quoted Enisuoh as saying.

It explained that the International Maritime Organisation had designated Nigeria as one of the five Regional Maritime Rescue Co-ordination Centres (RMRCCs) in Africa.

'Nigeria, therefore provides Search and Rescue and security co-ordination in the waters of Benin Republic, Cameroon, Congo, Gabon, Sao Tome and Principe, and Togo, in addition to its own territorial waters,' it said. NAN