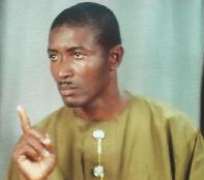 The Youths Against Human Rights Violation And Corrupt Practices wants to make it clear that the continued reports of human rights violations in Imo State is worrisome. It is capable of 'constituting blight on Imo's diplomatic relations with the rest of the world.

In the recent past, human rights violations and abuses have held our people down, devaluing our cherished values and constituting blight on our diplomatic relations with the rest of the world. Thankfully, with the restoration of democratic governance in Nigeria, there are conscious efforts by government in Nigeria to ensure respect for human rights , protection and fulfillment of human rights.

The government of Imo State should not be seen as not committed to protection of life, property and particularly the human rights of all persons in Imo State .

The continued attack on Mr Samuelson Iwuoha and Mr Kenneth Uwadi by the Speaker of Imo State House of Assembly Rt Hon Benjamin Uwajumogu is condemnable. Samuelson and Uwadi's crime is just because they told him to stop looting Imo State.

10 human rights lawyers dispatched to Owerri on behalf of Samuelson have been asking the Imo State police command to grant him bail to no avail. Samuelson, his wife and 14 other persons were put in the cell on 3/6/14. As at yesterday he was released but as the papers were been signed he was taken back to the cell after a phone call came from Rt Hon Benjamin Uwajumogu.

We have been briefed about the plot to jail Citizen Samuelson Iwuoha and Mr Uwadi at all cost by Uwajumogu. We find it particularly reprehensible that Nigeria, as a nation is battle-worried on how best to incise the terror group, Boko Haram, from within its body politic, while Benjamin Uwajumogu is compounding that worry by attempting to silence voices that advocates for an anti-corruption Nigeria.

A band of hoodlums have reportedly gone on a rampage at the residence of Mr. Iwuoha Samuelson to silence him or intimidate him out for not shifting from his position in making Nigerians, and Imo State residents in particular, to realize that corruption has run rampart in Imo, and in the process, they killed an innocent bystander to send the message loud and clear to Mr. Samuelson that some 'other thing' is imminent. Now, how does one account for the loss of such an innocent life?. Killing an innocent soul to send a message to some one - where is Imo going as a State?

Now Samuelson and his wife have been in jail for 5 days at the orders of the Speaker and plans are on to keep him under awaiting trail till God knows when. All security agencies should not forget of FG's commitment and also obligated to ensure respect of human rights while carrying out their duties. We have a right to protest with placards at the streets of owerri with local media and national media houses coverage and we will use that means soonest.

Samuelson is not a cultist neither is he a murderer and the police know this. 14 other persons held alongside Samuelson have been released by the orders of the Imo governor. Why are they still holding Samuelson and his wife? Why did the police fail to investigate Samuelson's cry that Uwajumogu threatened to kill him for exposing him? Why is Uwajumogu battling hard to pin cultism and murder on Samuelson? His Media Aides are all over the media using fake names and fake emails to accuse Samuelson of cultism . But you cannot cover the truth.

On the 18th of December 2013 he issued a press statement published in several media houses tagged corruption in Imo Speakers office my life is in danger. He told the world that should any

harm happens to him and members of his family that the Imo House of Assembly Speaker ,the Chief of Staff to the Speaker Mr. Kodichi Anamekwe, the Acting SSA Media to the Speaker Mr. Emeka Ahaneku, the Special Adviser on Administration Mr. Kingsley Nkemka, the Special Adviser on Political matters Mr. Kingsley Ndubueze should be held responsible. The police never bothered to investigate his claims. Why did the Imo police fail to investigate this?

On the 29th of April 2014, one Ahmefula Amadi who Iwuoha has since exposed as Mr Emeka Ahaneku's pen name released a press statement published in several media houses and blogs tagged Iwuoha plans to commit suicide if arrested claiming that he has uncovered the perfected plans by Mr. Samuelson Iwuoha, to forcefully take away his life in the event of any arrest occasioned by his inability to produce evidence of his fraud allegations against the Speaker, Rt. Hon. Benjamin Uwajumogu. Again the police never bothered to investigate this claim.

On the 1st of May 2014 Citizen Samuelson Iwuoha dismissed the report that he was planning to commit suicide, saying that aides of the Speaker of the Imo State House of Assembly, Rt. Hon. Benjamin Uwajumogu, sparked the rumours as a smokescreen to pave the way for his murder. He said in a statement sent to newsmen by e-mail and published in several media houses : 'Imo Speaker and his corrupt office have blackmailed me enough, yet their blackmails have refused to stick.

They have concocted several stories against me, yet Imo people and Nigerians have refused to believe them. Now they have concluded plans to kill me after abducting me. But they have decided to be pro-active by deceiving the public with a press release signed with a fictitious name that I want to commit suicide. He then called on the relevant security agencies in the country to ensure that his safety and that of the enlarged Iwuoha family is guaranteed.

He alleged that Speaker Uwajumogu and his sister, Ms. Chidinma Uwajumogu, had few weeks ago threatened to kill him 'for exposing the criminal activities of the Speaker.' The activist asked Imo people and Nigerians to specifically hold Chief Benjamin Uwajumogu and his sister Chidinma Uwajumogu as well as the named aides responsible should anything whatsoever happens to him or any member of his family. The police still did not care to investigate this claim.

Is Benjamin Uwajumogu above the law? Why is the police protecting him? He can be above the law now that he is in power but I tell you after 2015, Uwajumogu the law will come for you. Who is fooling who here ? Release Iwuoha now! Say NO to human rights violation in Imo State.