Nigerian Military Clamps Down On Media 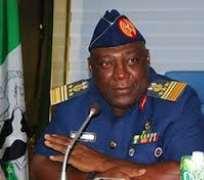 The Nigerian military which has come under severe criticisms locally and international for failing to contain the Boko Haram insurgency in northern Nigeria, has embarked on what seems like a general clampdown on independent media on Friday as at least, three national newspapers reported that their editions for the day have been confiscated by soldiers in different parts of the country.

Lagos based The Nation Newspapers reported that several vehicles conveying its Friday edition to various stations in the South-south and other parts of the country were seized in transit by soldiers who claimed to be acting on 'orders from above.'

P.M.NEWS gathered that a van conveying the Friday edition of newspapers to Warri and Benin City was seized by soldiers of the 3 Battalion of the Nigerian Army at Okwuokoko, Delta State. It was  also gathered that a detachment of troops stormed The Nation's circulation depot located in Effurun, Sapele in search of the newspapers and the company's staff. Reports from Benin also indicated that soldiers early on Friday invaded the Nigeria Union of Journalists (NUJ) Press Centre in Benin waiting to  seize Friday's edition of some newspapers.

It was gathered that the soldiers checked if motorists were carrying copies of Friday edition of newspapers.There were reports also that copies of Lagos-based Vanguard newspaper were seized by soldiers.

Also, management of Leadership and Daily Trust Newspapers raised alarm this morning that soldiers have confiscated thousands of copies of the Friday edition of the publications in transit in various parts of the country.

Azubuike Ishiekwene,  managing director of Abuja-based Leadership newspaper said soldiers seized and destroyed thousands of the Friday edition of the newspaper which they confiscated while in transit to various parts of the country this morning.

According to Ishiekewene, vans transporting  Friday edition of Leadership to  northern states like Katsina, Gombe, Kano and Bauchi, were intercepted by soldiers who later went on to  destroy the newspapers. He said the soldiers also confiscated the phones of the drivers of the vehicles.

Also, Mr. Isiaq Ajibola, the managing director of Daily Trust, said copies of the newspaper were seized in Kano and had not been returned at the time of writing.

Ajibola said the soldiers claimed they were looking for bombs being transported by the newspaper's vans. He added that while other newspapers seized were later released, the soldiers have continued to hold on to copies of Daily Trust.

The reasons for the clampdown on independent media by the military is not known as at the time of filing in this story. Major General Chris Olukolade, spokesperson for Defence Headquarters said he is still investigating the allegations.

But Daily Trust had on Wednesday published a story in which it detailed how some military chiefs shared a land originally intended for building a barracks among themselves and their families.  Also, Leadership had on Tuesday reported that 10 generals and five other senior army officers had been court-martialed and found guilty of supplying arms to Boko Haram. The military later denied the story.

The military clampdown on the print media is coming at the heels of a directive by the National Broadcasting Commission in a circular tagged 'Additional regulation for live and political coverage.'  Item number one on the circular indicated that henceforth broadcasting stations must notify the NBC in writing for at least 48 hours before transmitting a political programme live. The NBC argued that the directive became necessary because most of the live programmes that are being broadcast in the media are impromptu and they are not scheduled.

But the Nigeria Union of Journalists, NUJ expressed dismay and concern about the NBC directive for live broadcast in the media in Nigeria in a statement made available to P.M. NEWS on Friday.

The NUJ in the statement signed by Garba Mohammed, its president, said the directive is an attempt by the Federal Government to muscle and gag the media.

'The NUJ after reading the circular felt that it is completely retrogressive, it's unjustified as far as we are concerned and we also consider it to be part of the attempt to muscle and gag the media.

'We also felt that this circular as far as this democracy is concerned is not based on public interest because we strongly believe that the public interest rational clearly states that the broadcast stations should ascertain the needs of the people and provide programme services to foster public understanding of those issues. How this is done is clearly at the discretion of the various broadcast stations, not the NBC.'

NUJ further stated: 'While the NUJ agrees that every broadcast station must conform to the provisions of the codes, we cannot, however, accept the recent provision of the NBC which we clearly consider as an attempt of censorship to the broadcast media in Nigeria.

'We thought that this is a democratic dispensation; we are not in the military era and I am sure the NBC is also supporting this democracy and we also felt that celebrating 15 years of uninterrupted democracy, for the NBC to have brought this circular is an indication that we are afraid it is suspicious, it is undemocratic, we feel that this circular is a calculated attempt to temper and undermine the press freedom and the freedom of individual Nigerians to freely express themselves and to meaningfully contribute to the debate that will further enhance Nigeria's democratic culture.

'Therefore, I want to use this opportunity to tell the NBC that this circular is not acceptable to us NUJ, as members of the media and the NUJ will be at the forefront to mobilise all the stakeholders to ensure that this obnoxious circular and regulation is seriously fought against and ensure that this new regulation did not succeed.

'I want to ensure Nigerians that the NUJ will only consider programmes and policies that will further enhance democracy. We will not allow a public organisation like NBC to undermine the progress that has been achieved on the freedom of expression and the freedom of the media.

'Therefore, we are appealing in strong terms that the NBC should have a rethink.'