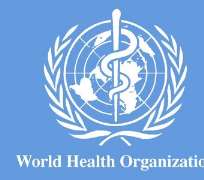 Nigeria's roads have been adjudged the most dangerous in Africa, largely accounting for the country's highest fatalities in Africa.

A report by the World Health Organisation entitled, Road Safety in the WHO African Region: The Facts 2013, says Nigeria and South Africa have the highest fatalities (33.7 and 31.9 deaths per 100,000 population every year, respectively) in Africa.

According to the survey, more than one in four deaths on the continent occur on Nigeria's roads, and with six other nations (Democratic Republic of Congo, Ethiopia, Kenya, South Africa, Tanzania and Uganda) are responsible for 64 per cent of all road deaths in Africa.

'Africa is the least motorised of the six of the world's regions, but suffers the highest rates of road traffic fatalities, with 37 of 44 surveyed countries having death rates well above the average of 18 deaths per 100,000 population. While Africa possesses only two per cent of the world's vehicles, it contributes 16 per cent to the global deaths,' the 2013 factsheet states.

The report added that majority of persons killed on the roads are young adults, with 62 per cent of all deaths aged between 15 and 44 years with young men, identified as the most vulnerable of road users in Nigeria and other African nations.

'Nigeria is not among 12 African countries with funded national strategy that sets targets for reduction of deaths and injuries and 18 nations with a national seat-belt law that applies to all private car occupants (front and rear seats).'

'Only 12 out of 44 countries have an emergency room-based injury surveillance system but most do not collect national data. Without systematic and well-resourced surveillance in health facilities the quality and completeness of these data will remain a serious challenge,' the statement said.

At the launch, in Geneva, of the WHO's Global Status Report on Road Safety 2013: Supporting a Decade of Action, the organisation's Director-General, Dr. Margaret Chan, said the report gave full description of road traffic challenges in the world.

'This report is a milestone in the international road safety field. It gives us a full description of the situation around the world in almost every country at the start of this Decade of Action for Road Safety.

'The world is rapidly motorising and as this report shows, more concerted action is needed, and it is needed now. Without this, we can expect a rise in the number of deaths and injuries on our roads,' he stated.