No to hike in electricity tariff - Union 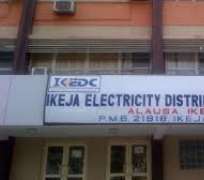 The National Union of Electricity Employees (NUEE) on Friday said it would not accept the proposed increase in electricity tariff.

The union said the planned tariff increase would only compound the hardship Nigerians are going through in the midst of erratic power supply.

Joe Ajeero, General Secretary of the union, stated this in an interview with NAN in Abuja after Nigerian Electricity Regulation Commission (NERC) recently announced the proposed tariff, which it said would commence in June.

'The union stand is very clear on this; we shall stand to reject any hike in the electricity tariff.

'We told them when they were privatising this sector that they will add to the burden of the people, but they insisted and have their way by force.

'I am glad that other unions are now joining us to reject this planned submission against the poor and vulnerable Nigerians.'

He said an increase would inflict more hardship on Nigerians, especially at a time when the economic and financial burdens of the masses had increased significantly in recent years.

He said that government's plan to increase the tariff without due regard to the pathetic situations of the masses, particularly that of workers, pensioners and the unemployed, was unacceptable.

Ajeero said that as much as electricity remained a commercial venture, Nigerians would continue to experience the pain.

He said that the problem in the power sector was not that of low or poor tariffs but most visibly that of corruption and the desire of the new owners to make profits.

The union leader said most of the new investors were trapped because they did not know the problems in the sector before rushing to the bank for loan.

'Much as the electricity is seen as social and economic issues, people are going for profit maximisation so the situation will still get worse.

'I want to say that this is just the beginning. We would be lucky if there is no regulatory hijack which will be the end.

Trade Union Congress of Nigeria (TUC) on Thursday also condemned the plan by the NERC to increase electricity tariff.

It said that the move was uncalled for and described it as another deliberate attempt to further exploit the already impoverished masses of the country.