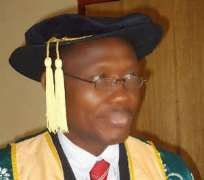 Joseph E. Ahaneku is a Professor of Chemical Pathology and a Fellow of Academy of Science. Born in 1962, Prof. Ahaneku is coming to the job with a wealth of experience having served the outgoing Prof. Egboka Administration for four years as Deputy Vice-Chancellor Administration.