I lied, Jim Iyke is not fraudulent – Ex girlfriend 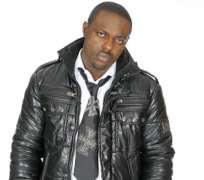 When Nollywood 'bad' boy, Jim Iyke's ex girlfriend, Tutupie Sherrif, came up with the story that Jim beat her up and tried to strangle her, a lot of people believed her.

Even when the babe went to town with the allegations that Jim's fund raiser for an orphanage in Kaduna was a fraud, many people still believed her and went away with the belief that the actor was fraudulent.

But the 24-year-old Abuja-based radio presenter has turned round to eat her vomit, as she told nollywoodgists.com in a telephone that she had decided to withdraw some of the allegations she levelled against the actor.

According to her, she has since realised that Jim had a noble cause with his fund raiser for homeless kids and he was not in any way fraudulent.

“I rushed to tell the story and it was false. I have just found that the allegations were lies. My friends made me to say stuffs like that. They gave me the impression that Jim hadn't remitted the money raised at the fund raiser to the orphanage and I believed them. But now, just as I found out the truth, I asked them why they said so and they said they wanted to back me up because of the issues I was having with Jim.”

Sherrif said she was so sorry about the allegations and wished she never made them.

“He is not fraudulent. He is a good-hearted person and I am sure that was why he embarked on the project. When this thing came up, his manager said I should have checked Jim's account, since I have access to it, to find out if the people that made pledges had redeemed their pledges. I checked the account and found that they were yet to redeem their pledges.”

As remorseful as she sounded over the fraud allegation, Sherrif said that bit was the only aspect of the allegations that she would take back, saying that her comment on the aspect relating to Jim's alleged violent acts remained sacrosanct.

She said, “He knows that actually happened and I am not taking it back. I have already apologised about the aspect I have found was a lie and I am sorry about it. That is the only aspect I am taking back.”

Sherrif said she was yet to call Jim to apologise to him. “I have not done that. I have not seen him or spoken to him either,” she said.

nollywoodgists.com called Jim on the phone to get his reaction but his phone was switched off.

His close pal informed nollywoodgists.com that Jim was in Ghana and would likely remain there for a couple of weeks.