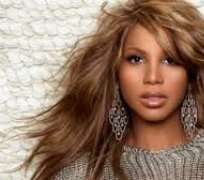 Toni Braxton has dropped several bombshells in her new memoir, appropriately dubbed Unbreak My Heart , but her thoughts on her son's health condition seem to be receiving the most attention.

The crooner reveals that she believes God gave her 11-year-old son, Diezel , autism as punishment for her having an abortion more than a decade ago.

She addresses her guilt over having the procedure done due to her religious upbringing, saying, ' I was suddenly faced with a choice I'd never thought I'd have to make. Amid my major misgivings about abortion, I eventually made the gut-wrenching decision.'

Braxton continued, 'In my heart, I believed I had taken a lifean action that I thought God might one day punish me forMy initial rage was quickly followed by another strong emotion: guilt. I knew I'd taken a lifeI believed God's payback was to give my son autism.'

The 46-year-old also documented her childhood in a strict household, where she claims her homework took a backseat to memorizing 26 scriptures a week and focusing solely on her religious studies.

She added that the rule of thumb in her home as a kid was to 'Shut your mouth and suppress whatever you feel.'

Braxton also wrote about the controversial debate between vaccines and autism, a topic that other celebs like Jenny McCarthy have been vocal about for years.

'Maybe it's just a coincidence that after my son's first MMR vaccine, I began to notice changes in him,' she said, explaining that Diezel wasn't communicating with others the way he had before she brought him to the hospital.

Unbreak My Heart also covers Braxton's struggles through her two bankruptcies and her recent health scare.