Kwara to prosecute parents who offer children as maids 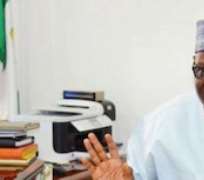 Kwara state government, on Friday 23 May, said it would henceforth prosecute any parent who offered his or her child as maid or house help in the state.

Hajiya Rahmat Adeshina-Abaya, Commissioner for Women Affairs, announced the government's decision at a news conference in Bode Sa'adu in Moro Local Government Area of the state on the sideline of a rally against child trafficking and abuse.

She said the Ministry of Women affairs would take the campaign against child trafficking and abuse to all the 16 council areas of the state to sensitise the people on the disadvantages of the societal menace.

'The state government is taking this sensitisation rally against child abuse and related issues to all the 16 local governments mainly to create awareness and enlighten parents and guardians and children against vices.

'We all must embrace education as the vital tool to national development.

'Government has therefore created an enabling environment for every child in the state to have access to free quality education.'

She said seven cases of child abuse were received by the ministry within a couple of weeks ago.