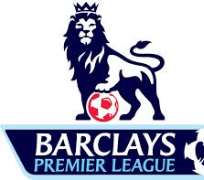 London – The English Premier League chief at the centre of a sexism row came under fresh pressure to quit his post on Saturday.

Now Scudamore has been urged to consider his position by Heather Rabbatts, an independent board member of the Football Association and one of the most prominent women in English football, in light of “growing evidence of a closed culture of sexism” at the Premier League.

“No one can doubt the tremendous achievements of the Premier League in creating one of the world's great footballing competitions,” Rabbatts said in a statement issued Saturday.

“But with that success and the massive public interest it generates comes the obligation to behave responsibly and have in place proper lines of accountability and good governance.

“Sadly recent events appear to show that these things are currently lacking in the administration of the Premier League and indeed there is growing evidence of a closed culture of sexism, symbolised in the email exchanges which have been made public.

“These challenges go beyond the current situation of chief executive Richard Scudamore, however if the League are to move forward in a positive way then he and they should give serious consideration to his position in the coming days.”

FA chairman Greg Dyke, while calling Scudamore's comments “totally inappropriate”, has said the governing body will not be taking action as “our policy has always been that we do not consider something stated in a private email communication to amount to professional misconduct”.

But, with title sponsors Barclays Bank voicing their concerns, the Premier League has announced its audit and remuneration committee of Bruce Buck, the Chelsea chairman, David Gill, the former Manchester United chief executive, Peter Coates, the Stoke City chairman, and John Williams, the former Blackburn Rovers chairman, will meet on Monday to discuss whether Scudamore should face disciplinary proceedings.

If they agree he should, they would make a recommendation to all 20 English top-flight clubs, who would have the final say over Scudamore's position at the Premier League's annual general meeting on June 5.

Former England captain Casey Stoney added to the criticism of Scudamore by telling the Daily Telegraph: “We are trying to get to a world without discrimination and to have somebody in such a high position in football making derogatory comments about females is not acceptable.

“How would he feel if these comments were written about his daughters?”

“It's not just about women who are involved in football, it was an insult to all women,” she told BBC Sport.

“It's just totally unacceptable in this day and age…Private emails when you are the head of the Premier League don't really exist.”

After the e-mails, leaked to the Sunday Mirror by his former personal assistant, were published, Scudamore apologised for their “inappropriate” contents.