Missing girls: Nigeria took too long to act, says US 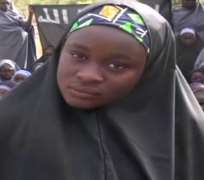 Washington – A top US defence department official on Thursday said Nigeria had been too slow to respond to the threat of Boko Haram but Washington is committed to helping fight the Islamist militants and rescue over 200 girls seized from their school a month ago.

US officials have said the effort to retrieve the girls is now a top priority but has been complicated by Nigeria's early reluctance to accept assistance, and US rules banning aid to foreign forces that have committed human rights abuses.

“In general Nigeria has failed to mount an effective campaign against Boko Haram,” Alice Friend, the Pentagon's principal director for African Affairs, told a hearing of the Senate Foreign Relations Committee's Africa subcommittee.

Nigeria's approach
“The department has been deeply concerned for some time by how much the Government of Nigeria has struggled to keep pace with Boko Haram's growing capabilities,” Friend said.

Friend said it was troubling that atrocities have been perpetrated by some Nigerian forces during operations against Boko Haram.

Regional threat
The US Embassy in Abuja offered help almost immediately after the kidnapping. But it was two weeks before US Secretary of State John Kerry called Nigerian President Goodluck Jonathan to offer aid, which was accepted on 4 May, Jackson said. Friend said US reconnaissance flights started days later.

Nigeria has been reluctant to designate Boko Haram as a terrorist threat at the United Nations, but Jackson said it has changed its position and he expected that designation imminently.

Delaware Senator Chris Coons, the subcommittee chairperson, said that the odds the girls would get home safely were diminishing every day.

The US officials said Boko Haram is a regional threat that is becoming international, with ties to al Qaeda. They said the Pentagon and Department of State were developing a “regional response,” including improved security along Nigeria's borders with Chad, Niger and Cameroon.

“We've definitely determined that there are links between al-Qaeda in the Islamic Mahgreb and Boko Haram. They have probably provided at least training, perhaps financial support,” Jackson said.