US positions forces in Sicily over Libya security fears 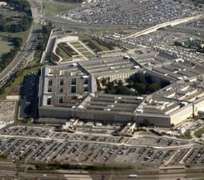 The Pentagon said on Wednesday it has temporarily moved nearly 200 Marines to Sicily from their base in Spain as a precaution due to concerns about unrest in North Africa, bolstering the US ability to respond to any crisis.

The Pentagon declined to single out any countries but two US officials, speaking on condition of anonymity, said American concerns were centered squarely on Libya, where armed groups and Islamists refused to disarm after the 2011 ouster of Muammar Gaddafi.

The Marines are part of a crisis response unit focused on embassy security created after the attack on the US diplomatic compound in Benghazi, Libya, on Sept. 11, 2012, which killed US Ambassador Christopher Stevens and three other Americans. That force is meant to speed US response times in north and west Africa.

“We're doing this as a contingency because we believe that the security situation in North Africa is deteriorating to a point where there could be threats,” said Colonel Steve Warren, a Pentagon spokesman.

Warren did not elaborate. The two US officials, however, told Reuters the move followed widespread concerns about deteriorating security in Libya, as opposed to specific information about an imminent attack.

The Pentagon has in recent months made similar, temporary moves of Marines from the Special Purpose Marine Air-Ground Task Force-Crisis Response, who are mostly based in Spain but also have a contingent stationed in Romania.

Three years after the NATO-backed overthrow of Gaddafi, Libya is gripped by political turmoil that has left the government struggling to assert its authority over armed groups and Islamists.

Earlier on Wednesday, Libyan soldiers in charge of securing the prime minister's office blocked cars from leaving the building in protest at not having been paid.

Warren said the Pentagon's decision to move the forces, along with six aircraft, followed a request from the US State Department.

Warren stressed that while the Marines were “unquestionably” focused on the protection of embassies, he did not rule out the possibility they could be called upon for a different mission.

“These are United States Marines capable of conducting any mission given to them. That said, the focus of this force is the protection of embassies and US personnel,” Warren said.

The Benghazi attack has become deeply politicized in Washington, with Republicans accusing President Barack Obama's administration of doing too little to repel the attacks and then trying to protect Obama from political fallout. Reuters