Re: Invitation To Appear Before A Probe Panel 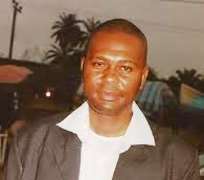 Re: Invitation To Appear Before A Probe Panel

I have been informed of a second radio announcement inviting me to appear before the House of Assembly Probe Panel on allegations of fraud against the Speaker of Imo State House of Assembly , Rt. Hon. Benjamin Uwajimogu alongside Mr Ikenna Samuelson Iwuoha, Trumpeta Newspaper and Newsbearer Magazine . The radio announcement was made today 10/5/14 while I was asked to appear on 12/5/14. For the second time no letter of invitation was dispatched to me. I was told to come with all the evidences i have against the Speaker.

Mr Chairman I wish to inform you that i will not honour your invitation with the following reasons:

1. That the high stealing of Imo tax payers money by Rt Hon Benjamin Uwajumogu and some of his aides was revealed by his former media aide Mr Ikenna Samuelson Iwuoha and not by me. Iwuoha in his petition to EFCC and also published in several newspapers and magazines including online medias disclosed how fraudulent contracts for road projects worth billions of naira were awarded by Uwajumogu and how the Speaker used the proceeds of the crime to acquire several eye-popping mansions and properties in Nigeria

2. That Iwuoha's petition was also copied to the Presidency, National Assembly and Force Headquarters and to the Executive Governor of the State.

3. That i am a Newspaper columnist, blogger, social crusader and civil society activist who has been writing articles about Imo State since year 2003 and the Rt Hon Benjamin Uwajumogu is a Public Servant, a top government official for that matter.

4. That as a social crusader with core objectives of assisting in solving societal problems, including the eradication of corruption, i quickly investigated the allegations and eventually found out that 95 percent of them where true. I even took pictures of some of the buildings and the roads constructed by the Speaker's company. Since then i have been writing several articles criticizing the Speaker and calling for his impeachment. Even the Executive Governor of Imo State His Excellency Rochas Okorocha has during one of his assessment tours of Local Government Areas in the State confirmed that Mr. Kodichi Anamekwe (Speakers Chief of Staff) and Mr. Dan Orji (Speakers Special Adviser on inter-governmental matters) stole and pocketed the sum of N18,000,000.00 and over N50,000,000.00 respectively being funds meant for construction of roads at Ehime Mbano and Ihitte/Uboma LGAs.

5. That Section 22 of the 1999 Nigerian constitution empowers me to demand responsibility and accountability of the government to the people. 1999 Nigerian constitution in section 24 also pointed out that the duty of every citizen is to make positive and useful contribution to the advancement, progress and well-being of the community where he resides. The right to freedom of expression is recognized as a human right under Article 19 of the Universal Declaration of Human Rights and recognized in international human rights law in the International Covenant on Civil and Political Rights (ICCPR).

6. That any corruption in government and any bad policy of the government is antithetical to the interest of the poor masses and as such any protest against corruption or against bad policies by the media or by activists is a protection of the people's interest as envisaged and guaranteed by the Nigerian constitution.The right to speak against the bad policies of any government is an inalienable right.

7. That by setting up a probe panel to investigate the Speaker with the Speaker's bosom friend Hon Barrister Ikenna Emeh as chairman of the panel the Imo House of Assembly has already taken side and is promoting the very corruption that it is supposed to fight against. The House of assembly know the truth and should stop deceiving the public. The properties mentioned are traceable, the roads done by the Speaker via his company Werdis Limited are verifiable. So what other evidences are we talking about.

8. That the Hon. Ikenna Emeh led House of Assembly Probe Panel clearly is nothing more than a hoax, a big make-belief. A plan to give the Speaker a clean bill of health. This probe panel is no more than a smokescreen to divert attention from the monumental and unprecedented corruption in the Imo House of Assembly. It is a momentary sensation meant to deceive the public. It insults the intelligence of Imolites and those of us who called for a probe of the Speaker. The Speaker, under the rules of natural justice, cannot be a judge in his own case.

9. That some Nigerians fought and died to protect our unique right of press freedom. We can't and we won't forget that. To be an activist or a media man is not only a great responsibility, but also a high honour and not a high crime.

10. That i did not work with the Speaker. His boy who worked with him is the one who exposed him. That this is a leadership failure. It is only a man who is a failure in leadership that will be exposed in such magnitude by one of his staff. I see the Speaker as not fit to lead the Imo House since he could not manage his personal staff well. A good leader knows how to manage his staff. If he was a good leader small misunderstanding in his office would not have led to them washing their dirty soccer pants outside.

11.That It is ridiculous that while some public office holders who are expected to be above board but perpetrate brazen corruption are allowed to live like kings, activists and media men who are demanding sanity are threatened . This again shows that despite the so-called emergence of civilian rule since 1999 and despite the struggle of the working and poor masses against dictatorship and for good governance, some public office holding vampires who never contributed to the termination of military dictatorship are the ones throwing the masses to the gallows.

12. I will not succumb to any manner of intimidation and victimization. The House should go on with the Abacha like style of intolerance to the truth and the war against free speech and war against the press and activists but we will continue to speak against corruption. Nigeria is practicing democracy, not dictatorship.