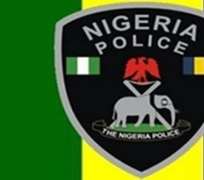 The third accused person standing trial in the gruesome murder of four students of University of Port Harcourt (Uniport), Ikechukwu Louis Amadi (aka Kapoon), has admitted in court that he used stick to hit the deceased, during the incident on October 5, 2012, at Omuokiri community, Aluu in Ikwerre Local Government Area of Rivers State.

Before admitting that, the accused person held the court to ransom for about 45 minutes, denying that he used stick on the boys, even after seeing himself in the video clip shown in court.

The accused person severally told the court that he saw himself in the video using the stick to chase people away from his house veranda and not hitting the boys. It took the intervention of the trial judge to let him understand that the court was in a serious business before he admitted involvement in the act.

The trial judge, Justice Letam Nyordee had ordered for a trial within trial of the statement of the third accused after his counsel (Legal Aid Counsel), represented by I. M. Briggs, told the court that his client was coerced at gun point and with inducement by the police, to sign his statement. He prayed the court to reject the statement as it was signed under duress.

In his submissions after the cross-examination, the Prosecutor and Solicitor-General of the State, Mr. Rufus Godwins, prayed the court to admit the statement relying on Section 135 sub 1 and Section 136 sub 1, respectively of the Evidence Act. He argued that defense counsel failed to prove beyond reasonable doubt that his client was coerced into signing the statement.

During examination and cross examination, the PW1, Supol Raphael Ezechi, told the court that the third accused person volunteered information to the investigation team after the video clip was played to him at the police station. He insisted that the accused was not coerced or induced to make his statement.

The judge later adjourned the matter to May 22 and June 12, respectively for ruling on the statement and continuation of trial.

Others also facing trial in the case are:  Alhaji Hassan Welewa, Okoghiroh Endurance, Ozioma Abajuo and Chigozie Evans Samuel, who had earlier been granted bail because their offence, negligence to prevent felony, was bailable.