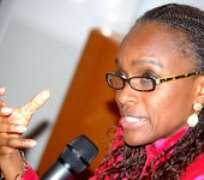 The National Communications Commission (NCC) has completed plans to set up an emergency centre in Kano.

The North West Controller of the commission, Alhaji Al Kassim Umar, made this known on Thursday at the World Consumer Day celebration held in Kano.

The controller explained that the centre would operate 24 hours a week and would receive distress calls from residents in emergency situations.

He further revealed that the commission would soon hold a forum in Kano where communications service providers would face their consumers to answer questions regarding their operations in the country.

Umar, however, condemned the low level of patronage by subscribers of services provided by the commission, and stressed that it was their rights to report any displeasure with communication services.

According to him, most problems of communication faced by subscribers were mainly caused by the sub-standard phones being used by the people.

The World Consumer Day was celebrated in Kano on Thursday and the theme of this year's celebration is: “The use of standard mobile phones”.