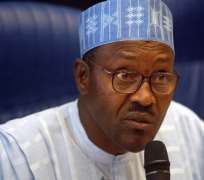 Former military head of state, General Muhammadu Buhari, has described members of the Boko Haram sect that has carried out several terrorist attacks in the country, as mindless bigots, and not followers of God. Buhari who is also a chief of the All Progressives Congress, made this known in a statement released on Thursday. Buhari expressed grave concerns over the abduction of schoolgirls of the Government Secondary School, Chibok, Borno State. He said, 'Over the past few weeks, the abduction of the schoolgirls at Chibok, Borno State has underscored the threat we have been facing as a nation in recent times from the actions of misguided persons masquerading as adherents of Islam. 'That horrific video posted on the Internet is a clear manifestation of the mindlessness of the bigots. It shows them for whom they are, such men cannot threaten nor should they be allowed to violate our sovereignty. It is clear from what they profess that they are not followers of God. 'They do not mean well for our country and her citizens. I am a Muslim, I am versed in the teaching of Christianity and I understand both religions to seek peaceful co-existence of all humanity.' While condoling with families whose girls were among those abducted, he described the abductors as a group of anarchists.

He said, 'There is no justification whatsoever for this unrestrained disregard for the sanctity of human life. It has no place in the Holy Quran and neither does it have a place in the Holy Bible. 'Let these people know that the entire civilised world is united against their terrorist act. We are grateful to the world for standing by Nigeria at this trying time. We hope and pray that the young ladies will be reunited with their respective families in the days to come' He used the medium to call upon the Federal Government and the nation's Armed Forces to ensure citizens' safety under the present situation. He said, 'We are glad that the Federal Government has accepted international support in the search for the missing girls and for an end to the insurgency in parts of the country. 'I fought for a united Nigeria. In my old age, I want my grandchildren, your grandchildren, our youths and indeed all Nigerians to benefit from a prosperous and united country devoid of sectarian violence whether home grown or imposed on us from outside. 'Now is not the time to play politics. Now is also not the time to trade blames and amplify our ideological differences. The unity of Nigeria is not negotiable and nothing should divide us as a people.' Punch