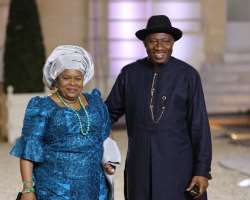 When the president of a nation shows his Adviser on political matters the exit door ten months before general elections, there is absolutely no need to seek the service of a diviner on why such development occurred.

On April 29, 2014, the sack of the erstwhile political adviser in the presidency was announced; the termination of his appointment was with immediate effect too. "President Jonathan thanks Alhaji (Ahmed) Gulak for his services to the present administration and wishes him success in his future endeavors," the statement from Aso Rock "real spokesman" (reference to Governor Murtala Nyako's mockery of his kinsman) Reuben Abati read.

Nothing would have placed a bet on the reality of the fate that has befallen Gulak. I also, wouldn't have put down my money. This is because the president himself watched, with perhaps little or no word of caution, as the former steadily took his boss's perceived and existing opponents to the cleaners.

The All Progressives Congress, APC, the main and only platform that poses real threat to the re-election ambition of Mr Jonathan did not receive much bashing from Gulak if compared his offensive on groups that comprises Northern elders. Power is transient and unfortunately, most of those in authority perpetually forgets.

While in office, Alhaji Gulak must have been deceived to think he was untouchable. He was unrepentant all along; gale of severe verbal attacks, name-calling and hurl of insults were his choice of responses to statements/comments by whatever person or persons.

An instance: On February 15, 2014, the former aide pointedly told Northern leaders against Jonathan re-election bid to keep their support, stressing that there are other people from the region who are willing to vote en masse for the incumbent leader.

This obviously, is not the kind of language that should emanate from the occupier of a sensitive position such as 'Political Adviser' and the Arewa Youth Liberation Council (AYCL) rightly made the observation. On February 17, 2014, two days after Gulak's 'go to hell' tirade, the group warned the president to be wary of the Adamawa-born politician. It further described him as the 'greatest threat' to the president's ambition.

In the words of AYCL President, Ibrahim Gobir: 'Gulak not only embarrassed Mr. President by attacking the persons of Governors Rabi'u Kwankwaso (Kano) and Aliyu Wammako (Sokoto), but went full blast casting aspersions and abusing Northern elders. This is happening at a time when Mr. President is stretching a hand of fellowship and reaching out to all sections of the country, through their leaders and elders without taking their criticisms as personal.

'But the political Adviser is doing the opposite. How can Gulak dare Northern leaders over support for Jonathan? Sycophancy at such levels destroys a leader. While Mr. President is in Kano reaching out to leaders and elders of the North, Gulak is on Radio abusing people.'

'In a normal democracy, a president appoints aides to help him chart a course and explain policies to strengthen governance and administration. Gulak's remarks have portrayed the Jonathan Administration in bad light and negatively because whenever he opens his mouth, he attacks imaginary enemies and opponents of President Jonathan in person rather than addressing issues," he said.

Although, Gulak's dismissal was attributed to a recent visit to Uyo, where he allegedly inaugurated the Goodluck Support Group (GSG) with the support of a PDP faction in control tussle with Governor Godswill Akpabio, his arrogance and irrational disposition cost him the job, as explained by party's National Chairman, Alhaji Adamu Mu'azu, when he hosted select-members of the Akwa Ibom State Exco.

Now that the 'guilty as charged' is out of the way, the president will do himself a world of good by appointing a strategic thinker and detribalized Nigerian into that office. If he really wants to secure the support of those objecting to his continued stay after May 29 of the coming year, now is the time to find that man (or woman) whose mien, temperament, charisma, character and choice of words suits the position.

Appointing a 'bad market' will be at Mr Jonathan's peril; only a good buy will boost his chances. He MUST find a humbler; a mumu of sorts; someone who can beg anyone however high or low in the society; someone who will appropriately address aggrieved views not affiliations; issues not individuals and topics not tribe.

In an election year, the first sign to know you are going to lose is when your administration attracts more enemies than friends and the two factors that determine this are policies and personalities.

Disclaimer: "The views/contents expressed in this article are the sole responsibility of the author(s) and do not necessarily reflect those of The Nigerian Voice. The Nigerian Voice will not be responsible or liable for any inaccurate or incorrect statements contained in this article."
Articles by Wale Odunsi
5-12-2014  Ado Sani Musa: Kano Pdp 2015: Who Will Win The Race?22-8-2014  Wale Odunsi: Is Nigeria's Arik Air Truly 'the Wings Of Africa'?29-11-2013  Asuu Strike: Dear Fg, Your One-week Ultimatum Won't Work17-10-2013  Aviation Enemies, Bullet Proof Cars, And Stella Oduah’s Stupidity21-8-2013  Deportation Brouhaha: Fashola Cup Don FullMore...