Boko Haram: Why Terror Group Kidnaps 100 Schoolgirls And What Happens Next? 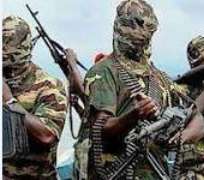 Abuja, Nigeria -- It is a parent's worst nightmare: Your child goes to school, never to return home. Scores of Nigerians are living that horrific reality after 230 schoolgirls were abducted, allegedly by Boko Haram, under the cover of darkness on April 16. Of the hundreds of girls herded into vehicles, only 43 have escaped.

And as their parents wait and hope, the government is grappling with an Islamist terror group that has gotten more brazen. So has its abductions of women and girls in northern Nigeria, the region most affected by Nigerians protest, demand Govt. action.

Why does Boko Haram kidnap girls?
The Islamist militants' name translates to "Western education is a sin" in the local language.

The group especially opposes the education of women. Under its version of Sharia law, women should be at home raising children and looking after their husbands, not at school learning to read and write.

It has repeatedly targeted places of learning in deadly attacks that have highlighted its fundamental philosophy against education.

The spate of kidnappings began in May 2013 when Boko Haram leader Abubakar Shekau announced in a video that this was part of its latest bloody campaign. The kidnappings, he said, were retaliation for Nigerian security forces nabbing the wives and children of group members.

Those kidnapped, he said, would begin a new life as a "servant."

Has it kidnapped girls and women before?
Yes.
In November, the militant group abducted dozens of Christian women, most of whom were later rescued by the military deep in a forest in Maiduguri. At the time of their rescue, some were pregnant or had children, and others had been forcibly converted to Islam and married off to their kidnappers.

And the abductions are only getting worse.
In the first two months of this year alone, it kidnapped at least 25 girls and women, according to human right watch.

What does it do with the women?
The group is always on the move to escape an intensified crackdown by the government, and members leave their wives behind when they scamper into hideouts deep into the forests .

Some girls and women are kidnapped to take the place of wives, and perform chores and sexual services, according to rights groups.

Does it target any particular schools?
Those abducted are both Christian and Muslim students enrolled in secular schools. Not all cases involve kidnappings, however. Gun and bombing attacks on schools have killed hundreds of children in recent years.

In February, the Nigerian military blamed Boko Haram for killing at least 29 students in an attack on a federal college in Buni Yadi in Yobe state. Another bloody example came last July, when 20 students and a teacher were fatally gunned down in the same state.

What are the chances the girls kidnapped recently will be rescued?

It won't be easy.
For one, the hundreds of girls seized most recently from the high school in Chibok were not in a central location where the government has a firm grip. The school is about 80 miles (130 kilometers) west of Maiduguri and some 600 miles from the capital of Abuja.

Where exactly they went from there is unknown. The area where they are believed to be is remote and heavily forested.

It's also close to Cameroon, which means that the captives and captors could slip through the porous borders into nearby countries, including Chad or Niger.

And the large number of hostages may limit Nigeria's options. That means airstrikes employed in the past may not be possible, lest they kill captives in the process. A ground assault isn't a great option either -- not when it is done in unfamiliar terrain against entrenched, well-armed fighters.

Who started Boko Haram?
Mohammed Yusuf, a charismatic young cleric, founded the group 12 years ago as part of his push for a pure Islamic state in Nigeria. He was killed in 2009, but his group lived on.

Boko Haram became more violent after his death as his supporters vowed to strike back. Human rights watch estimates that in the past five years, more than 3,000 people have been killed in the violence.

Is the group tied to al Qaeda?
The U.S. says the militant group has links to the al Qaeda affiliate in West Africa and to extremist groups in Mali.

How closely related Boko Haram is to al Qaeda is hard to define. In one respect, at least, the groups are on par: As of November, they are part of the U.S. State Department's list of terrorist organizations. Ansaru, an offshot of Boko Haram, is on the same list.

What does Boko Haram want?
It says its aim is to impose a stricter enforcement of Sharia law across Africa's most populous nation, which is split between a majority Muslim north and a mostly Christian south.

In recent years, its attacks have intensified in an apparent show of defiance amid the nation's military onslaught. Its ambitions appear to have expanded to the destruction of the Nigerian government.

The northeast, where Boko Haram has been most active, is economically depressed and among the least educated regions in Nigeria.

Islamists view the most powerful people there as corrupt, and accuses them siphoning off Nigeria's considerable natural resources and assets. Despite its vast supply of oil and natural gas, the world bank says that about 54% of Nigeria's population can be considered "extremely poor."

What is Nigeria doing to combat the group?
Last year, President Goodluck Jonathan declared a state of emergency in three northeastern states -- Borno, Yobe and Adamawa.

But rights groups have accused Nigeria of going too far in using heavy-handed tactics such as illegal searches, torture and extrajudicial killings.

The government's stepped-up campaign may have emboldened Boko Haram to become even more violent. Amnesty estimated that at least 1,500 people -- more than half of them civilians -- died in the first three months of 2014.

"The escalation of violence in northeastern Nigeria in 2014 has developed into a situation of non-international armed conflict in which all parties are violating international humanitarian law," said Netsanet Belay, an official with that rights group. "Civilians are paying a heavy price as the cycle of violations and reprisals gather momentum."

The campaign has heightened some Nigerians' skepticism of their government.

Some complain the wide array of criminal activity pinned on Boko Haram gives authorities liberties to make arrests or use deadly force with little oversight or consequences.