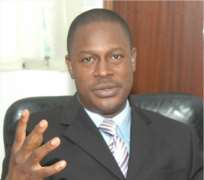 By any test, public relations practice is today a recognized profession that has gained prominence and acceptance not just in Africa, but a global phenomenon. It has its responsible practitioners; it has a growing number of university courses and a growing sense of social responsibility, it equally has its own training courses and it can point to a steady growth of conscious public relations activities by profit and nonprofit institutions and by government agencies with professional public relations counsel in charge.

Having said that, governments, companies and organizations know they must consider the public impact for their actions and decisions because of the powerful effects of public opinion. This is especially true in times of crisis, emergency, or disaster. However, it is just as true for major policy decisions concerning changes in business management, pricing policies, labour negotiations, introduction of new products, or changes in distribution methods. Each of these decisions affects different groups in different ways. In other words, efficient and effective administrators can use the power of these groups' opinions to bring about positive and impactful solutions.

Clearly the purpose of everything labelled public relations is to influence public opinion towards building goodwill and a positive reputation for the organization and or nation as the case may be. For example, the PR effort might be to rally public support; to obtain public understanding or neutrality, or simply to respond to inquiries, well-expected public relations is a long term activity that molds good relationships between an organization and its publics.

Be that as it may, the essential point in crisis management is good management which means being prepared. Crisis public relations, as it is sometimes called by professionals, have become a specialist area. It seems to mean that organizations, particularly those in the specific areas like health, food and drug manufacturing, transportation (air, land and sea power), leisure and sports as well as governments should have well-prepared policy of emergency action.
It is appropriate to say that crises are either violent or non-violent. That is to say, a crisis can be an act of nature, an intentional event or an unintentional accident. Truly speaking, a crisis is an unexpected development which very often embarrasses a nation, an organization, frightens the relevant publics and puts company's credibility and decency under intense scrutiny and threat. In some worst situations, a crisis creates the threat of death and loss of property. Crisis, therefore, is a period of heightened uncertainty that increases the need to plan, and a point in time in which external or internal pressures change objectives and operational practices of an organization.

Crisis threatens the high priority values of a nation or organization, presents a restricted amount of time in which a response can be made and is unexpected or unanticipated by the organization or nation. A crisis need not be a disaster such as crashed aircraft or an explosion in a factory or an industrial action. The fact is that most threats to company stability are rarely so dramatic. To this end therefore, these threats can have disastrous effects on a company but the effects may be minimized. Anne Dunne (1990) as quoted by Ajala (2001:175) listed 11 causes of crises in government, company or organization. These are industrial relations, market changes, product failure, managerial incompetence, regulation and deregulation changes, and impact of world events, financial difficulty, outside attack, misdemeanor, sabotage, and environmental conflict.
Dunne further explained that environments of crisis are internal (within an organization), external (outside an organization), which the organization may be unable to control within the community (e.g. civil disorder); political environment (e.g. disagreement between the legislative and the executive arms of government on an issue which has impact on the organization, and financial (e.g. cash flow crisis, falling stock prices).

For quite some time now, Nigeria has been experiencing different and strange manner of violence like suicide bombings, maiming, jungle justice, indiscriminate killings, kidnapping, etc. These are, of course, threatening the national stability, economic fortunes and security of our nation. Similarly, one cannot undermine the activities of several militia groups such as Oodua People's Congress, OPC; Arewa People's Congress, APC; Ijaw Youth Congress, IYC; Egbesu Boys, EB, among many others, including the deadly and faceless Boko Haram sect that is predominantly in the North-East, Nigeria.

One of the greatest problems in Nigeria is that there is no longer 'trust' among the people and ethnic groups. In other words, people of different ethnic groups no longer trust one another and consequently look suspicious at each other. This brought tribalism, nepotism, godfatherism, avarice, injustice, etc, to the highest ebb and things continue to fall apart and the Centre can no longer hold because Nigerians want to relate with people of their ethnic groups rather than from people of other ethnic groups.

However, the restoration of peace and unity in the country depends on the implementation of effective information flow and creation of mutual understanding among the people which in turn will definitely establish and sustain mutual co­existence among different groups in the country. In order to effectively achieve this, there is need for professional public relations practitioners to assist in the management of crises in the country.

Indeed if PR professionals are assembled and given the needed support to implement necessary PR policies, within a very short space of time, Nigeria will heave a sigh of big relief. This is because the Institute of Public Relations, London in 1964 defined 'Public relations as the deliberate planned and sustained effort to establish and maintain mutual understanding between an organization and its publics.

It is however convenient to state unequivocally that The Quadrant Company, a seasoned public relations outfit with commendable and internationally acceptable expertise has the enduring capacity and strength to absolve Nigeria's public relations challenges, both in private and public sectors.
The Quadrant Company was incorporated in 1989 and opened its doors to business in 1990, making it the premier professional public relations firm in Nigeria with many indelible achievements and unbroken records of excellence.

As a PR agency, The Quadrant Company offers advice that is strategic to managing tactical communications in order to achieve effective, enhanced and positive perception and stakeholder relationships. No wonder the world is still applauding one of the many salient statements credited to the Chairman of The Quadrant Company, Mr Biodun Shobanjo, 'marketing communications is about connecting people and brands, is about doing something educative, entertaining and useful for people and also about tapping into the human element, it is not just about making 30 seconds commercials..The implication of this is inherent in the fact that the homogeneous brand messages built to make and deliver on behalf of clients are being increasingly ignored because people have better things to do.'

In keeping with its strategic vision to be a dominant force in the Marketing Communications industry, this premier full-fledged PR Consultancy outfit, (The Quadrant Company), has in its stable of PR accounts that includes the likes of Etisalat Nigeria, Guinness Nigeria, British American Tobacco Nigeria, British Airways, Nokia, MasterCard Nigeria, General Electrics (GE), CNN among several other accounts.