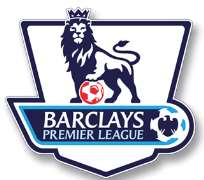 Sunderland took another giant stride towards Premier League safety with a 1-0 victory over beleaguered champions Manchester United at Old Trafford.

The only goal came after 30 minutes when Connor Wickham was allowed to cross from near the corner flag by Darren Fletcher and Seb Larsson ran unchecked beyond Michael Carrick to fire beyond David de Gea from 12 yards.

Robin van Persie was thrown on in the second period to make his first appearance since the March 19 win over Olympiakos, but it was Sunderland who went close to making it 2-0 when fellow sub Emanuele Giaccherini hit the post from Jozy Altidore's low cross, with Jack Colback firing the follow-up into the side-netting.

With time running out and United's regular attacks held up by the Sunderland defence, the visitors were again inches away from doubling their lead when Fabio Borini beat De Gea with a curling shot only to see it come back off the face of the crossbar.

This was the afternoon that the feel-good bubble surrounding Ryan Giggs well and truly burst as the high-tempo, counter-attacking football he demanded from his players was absent all day.

United were flat in midfield, Javier Hernandez went missing up front and even the return of Van Persie from the bench could not inspire the Red Devils to victory.

United's defeat also highlighted the need for reinforcements this summer, particularly in midfield, where Nani, Darren Fletcher and Michael Carrick failed to impress.

Just as they did in like last week's win over Norwich, Giggs' men started very slowly. Ashley Young, one of five changes to a starting XI that did not contain the injured Wayne Rooney, dazzled Marcos Alonso with his skill, but his final ball was poor.

The only time United came close to scoring in the opening 15 minutes was when John O'Shea nearly turned the ball into his own net from Carrick's cross.

Another United old boy - Wes Brown - then put a crucial block in to deny Nani, who then picked himself up before curling over from 20 yards.

Patrice Evra bundled his way through the crowd, but his weak header was easily collected by Vito Mannone.

Hernandez, making his fifth league start of the year, dropped too deep, leaving United without a focal point up front.

Giggs had seen enough. With 26 minutes on the clock he came to the touchline for the first time to stand over his players. Four minutes later his mood worsened as Sunderland took the lead.

Fletcher inexplicably allowed Wickham to send over a cross which Larsson expertly finished after giving Carrick the slip.

United were just as flat and unimaginative until the break, with Juan Mata the only man to test Mannone courtesy of a low drive.

Soon after the restart the United fans started voicing their frustration as the home team passed the ball across midfield without, seemingly devoid of any idea how to pierce the Sunderland back four.

United upped the tempo briefly near the halfway point of the second period. Evra crossed for Hernandez, but Brown intervened just as the Mexican was about to shoot.

Nemanja Vidic appealed for a penalty when his header struck Lee Cattermole in the box, but Howard Webb waved play on.

Giggs replaced Nani with Adnan Januzaj, who scored two goals in the reverse fixture. Then Van Persie entered, along with Danny Welbeck, for his first game in more than six weeks.

Sunderland should have put the result beyond doubt with 17 minutes to go, but Giaccherini's weak shot from a cross by fellow substitute Altidore hit a post and bounced out to safety.

Borini almost made it 2-0 when he struck the bar, but one goal proved enough for Poyet, who jumped for joy when the final whistle went. Sky Sport