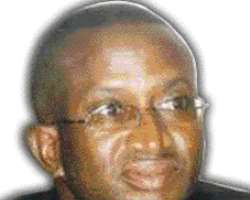 Power shift tears old Ikom and Obubra apart
From AMOS DUNIA, Abuja
Thursday, March 18, 2010
Not too long ago, President of the Senate, David Mark, canvassed before the national leadership of the Peoples Democratic Party(PDP), the need to grant present serving members of the National Assembly an automatic return ticket for 2011 polls as in his wisdom, it would go a long way to further build the federal legislature and also consolidate democracy.

This position did not sound too popular on the surface owing to the quality of representation some of the legislators have provided at very critical times. However, as the race for 2011 commences, there are various permutations taking place as a way of balancing the political equation of the different areas by political gladiators and other stakeholders to have a shot at elective offices as a means of getting access to power and invariably having their fortunes changed.

One area in which the contest has already commenced ahead of time owing to the open campaign already taking place is the Cross River Central Senatorial District, a position that is currently occupied by Senator Victor Ndoma-Egba, a Senior Advocate of Nigeria (SAN) who is the Senate Deputy majority Leader, a position that bestowed on him the automatic membership of the Body of Principal officers of the National Assembly and a member of the selection Committee of the Senate.

Some of his challengers are not swayed by the feat recorded by the two terms Senator, who may be described as better positioned in legislative manover to attract democracy dividends to his constituents as they argued that quality representation is and should not be the only issue for consideration, but equitable distribution of elective positions amongst the various people that make up the Senatorial District.

The development is already causing political ripples as drums of aspirants are becoming louder, while agitators for power shift and inter-play of political forces are determined to change the face of politics vis-a-viz the position of the party leadership at both the state and local government levels.

Be that as it may, one of the most visible challengers to Senator Ndoma-Egba is a retired federal director, Mr. Patrick Iwara. He is not only considered as new in practical party politics, but known to be one of the underground godfathers of Cross River State politics owing to his behind-the-scene participation in the politics of the state since 1999.

The retired federal director also known to be entrenched in the political camp that popped up the trio of former Governor Donald Duke, Governor Liyel Imoke and Chief Gershom Bassey is also seen as an unseen member of the 'triumvirate' that run Cross River state.

Iwara is marshalling his campaign on the need for the old Obubra to have a shot at the Senatorial seat that belongs to the two zones, saying that the Ikom zone has had three terms now out of which senator Ndoma-Egba had two consecutive terms.

The argument, cogent as it may sound, is however not supported by other political considerations and calculations. Governor Liyel Imoke who is from the old Obubra is believed not to be favourably disposed to the argument which he considers as too self centered and capable of destroying the political unity and spirit of co-operation that has existed amongst the people of the two old zones.

The people of the old Ikom zone are believed not to have taken the position of Iwara with kid gloves, owing to what they consider as sacrifices in the distribution of political offices at both the state and federal levels. They were sai d to have conceded to the people of the old Obubra zone so much in the past.

It was in this sense that Senator Ndoma-Egba described Iwara's argument as very cheap, saying that the people of Cross River Central Senatorial district have operated in brotherhood and thus do not really care about who is keeping what.

Senator Ndoma-Egba explained in an interview he granted in June 2009, that it forms the basis on why the Old Ikom never raised any eyebrows as to why the old Obubra people are getting so much, adding that they just believe that the best person at a particular time should hold the office.

Ndoma-Egba, however, said that he is not in any way perturbed by the threat to his return to the Senate saying that while he would wish to seek a third tenure to put the wealth of his experience in the National Assembly to use in the interest of the state and the nation, he is prepared to abide by the decision of the people, as would be expressed at both the party primaries and the elections.

'It is a matter of choice. For me as a person, I have options. You know I am a legal practitioner, and I have reached the highest point I can possibly reach in my profession. So, for me, the decision is to be taken by the people themselves. If they want to build on what they have achieved, fine. The Deputy Majority Leader of the Senate said that the argument that it is the turn of the Old Obubra Division to produce a Senator is being whipped up by only one or two persons since they cannot have any other point to unseat him before the people's court.

'If somebody says look, what Victor Ndoma-Egba is doing, he is not doing it properly, and I have better ideas on how things should be done, I will appreciate that kind of argument. What we did in this state with the election of Donald Duke, was to kill once and for all, those primordial sentiments of oh, I come from here and I come from there. That argument does not hold any water now because if you have better ideas, come and challenge me on the basis of your ideas on how this thing should be done and not on where I come from.'

Information pieced together indicated that Mr. Iwara may be swimming against the political tide of the state as the party leadership at the Local Government and the Central Senatorial District of the state are vehemently up in arms against his attempt to change the political arrangement put in place which has enhanced unity and understanding amongst the people.

For instance, the Chairman of Yakurr Local Government Area of the Cross River Central senatorial district where Mr. Iwara hails from, Hon Ubi Itam Ettah, has said that after the 2003 election, that the people had a representation in the person of Senator Ndoma-Egba, who is now in his second term as a Senator.

According to Hon. Ettah; 'Incidentally, Mr. Iwara doubles as my uncle and I learnt he just retired from the Federal Civil Service and therefore has not been playing politics in Yakurr. So, I wonder why you are talking about him as a Senator. I have not heard. At least if he is to contest, he is from my Constituency. But I've not seen him yet. I've not heard about him'.

Hon. Ettah equally buttressed the political understanding and cooperation that had existed between the people of the old Obubra and Ikom zones which he said gave rise to the present six councils. He added that when the first Governor Mr. Clement Ebri from Obubra and Liyel Imoke also from Obubra was the Senator, nobody complained.

'The accord between us is also what we are doing today. Why can't we allow the Ikom man, which is made up of other three councils, to at least present a senator whereas they have been maintaining the position of governor? So, this formula is there and therefore cannot be upturned by a man who has never been in the party before now and who does not even possess the popularity of making a councilor from where he comes from.'

Similarly, to further drive home the point of cooperation between the old Obubra and Ikom zones, a member of the Cross River State House of Assembly, Honourable Mfawa Ofegobi, who incidentally is representing Mr. Patrick Iwara, from Yakurr State Constituency said that so far the party arrangement is still on course adding that he does not seem to understand where Mr. Patrick Iwara would emerge from.

The House of Assembly members said it should be understood by whoever wants to go into PDP, including Patrick Iwara that the party expects some measure of loyalty and dedication to the cause of the PDP before reward can be granted adding in the same vein, the old members of the party who have been lining up would not want a situation in which someone would start asking for reward even before joining the party.

Ofegobi also said that he is aware that until recently, Mr. Iwara is not a card carrying member of the PDP since he was a civil servant up till the end of 2009 adding that when eventually he registers as a member of the party, he would accordingly be exposed to the rules of party politics and made to understand that the game is not all about personal ambition.

In the words of Ofegobi; 'But let me ask something. Would you come to a party like PDP, all you do is only to be asking for something? We all worked for the PDP through the little that the PDP has been able to give us because the party has an umbrella that is so large and it's accommodating too many people. So, the demands are so various and he needs to come and work and understand the rhythm, so that the party itself will know what you are due for and they will give you your worth.

We will admit anybody who is prepared to work for PDP. But you must come without a demand. That is when loyalty could be elicited. If Patrick Iwara is coming today because he wants to be a senator, I'm afraid because, as I talk to you today, the central is in one accord and we think that Ndoma Egba is representing us very well.

As if going for the kill, the PDP chairman of the same Yakurr Local Government Council where Mr. Patrick Iwara hails from, Chief Oboma Oboma seem to have nailed the coffin on the political ambition of Mr. Patrick Iwara saying that he has instructed him to go to his ward and get registered first before he can be introduced as a member of the party where rules are obeyed.

Chief Oboma then said; 'I control PDP in Yakurr 99% and in charge of the mainstream and nobody has gone out of the mainstream to support any other apart from Victor Ndoma-Egba. As I talk to you, because the party has not conducted any primaries, I still know that the incumbent, Victor Ndoma-Egba is still there and nobody has told us he is not coming back except the man says he is not interested. But for now, we are so satisfied with what he is doing and we are proud of him.

'The people are happy with Senator Ndoma-Egba because of the way he behaves. He contributes to the development of the area without discrimination and the things he brings back home. Some two months ago, he ordered for some transformers to be distributed in Yakurr. In the western world, representation may be different, but in our clime, it is what a man delivers to his constituents that matter,' Chief Oboma stressed.

With the array of opposition particularly from the party leadership lined up against the aspiration of Mr. Iwara and others eyeing the Cross River Central Senatorial seat, the atmosphere is charged, making it difficult to hazard a clear-cut victory for any of the aspirants.