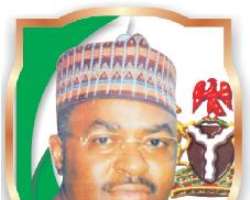 
At the center of the money laundering saga is the Secretary to the State Government, Ahmed Ibrahim Dandija who reportedly uses proxies to award contracts to companies operating for he Governor and the SSG. The re-construction and expansion of the Sa'ad Zungur primary school for the initial amount of N800million depicts the scenario. The N800million, interestingly, was financed through the LGA accounts.


On September 8, 2008, the Special Adviser [projects], Mohammed Sirajo Garba generated an internal memo addressed to the State Governor through the SSG referenced “re-construction and expansion of Sa'ad Zungur primary school”. The subject of the letter read “request for payment and award of contract”. In the letter, the special adviser wrote, “the consultant prepared all the necessary drawings for the redevelopment and invited contractors to bid using schedule of rates in which they recommended M/S Current MEC Engineering LTD having the least tender figure. The contractor, M/S Current MEC Engineering LTD was issued with a letter of intent to commence work without mobilization fee pending when details drawings and Bill of Quantities are completed.” With this, the governor gave his approval four [4] day later on September 12, 2009 as he wrote to the SSG stating “approve as recommended in paragraphs 7 – 11 subject to exco ratification. Project to be from the LGA and State joint account” [see letter; Page 1, Page 2, Page 3].


But adding muster to the blind financial recklessness was the move by the contractor to submit a variance [or change order] for an adjustment to the contract sum from N800million to N1.1billion. On the same day of the contractor's request, approval was given by the Governor – who also directed that the funds be sourced from the LGA account. And to date, questionable work has been completed at the said school. The contractors have received over 70% of the contract sum [N792miilion].


In the same suave of suspicious financial moves, the administration of Yuguda in mid-2008 approved a warping N1.1billion for the refurbishment of the college of Islamic Studies at Misua LGA – of which our correspondent gathered was already equipped and refurbished by the previous administration. The project was later adjusted upwards to N2.5billion. The additional money was said to incorporate the addition of computers and information technology centers into the college. As directed by the governor, the fund was sourced from the LGA funds. As it appears, only the roofs of the college buildings were replaced. Two weeks ago, the governor commissioned the project amidst protest by the local residents.


Nine prior to the school refurbishment, Governor Isa Yuguda and his men dipped their hands into the coffers of the State via FIN bank through the influence of the governor at the FIN bank [Bauchi State branch]. On January 22, 2008, the Governor's men launched an exercise that would net them N10billion within a span of 30days. It began with a letter written by the Accountant General, Bappa Azare and the Commissioner of Finance, Sadiq Y. Wanka on January 22, 2008 to the Branch Manager, FirstinLand Bank located at 19-23 Jos road, Bauchi. The letter referenced “request for a N10billion term loan”. The letter read “we wish to request for a N10billion term loan that would enable us finance capital development projects in anticipation of future receipts. We intend to repay the facility within a period of seven years from proceeds of monthly federation account allocation that is currently domiciled at your bank”. [see letter]


On the same day [January 22, 2008], in a manner deemed highly suspicious, the approval was given for the loan. This was stated in a letter signed by the Branch Manager, M. M. Abdullahi and the Manager Credit, Jibir Abubakar and addressed to The Executive Management Committee [see letter].

Responding in a letter dated February 21, 2008, Accountant General, Bappa Azare and the Commissioner of Finance, Sadiq Y. Wanka, acknowledged the loan approval. The letter was referenced MOF/TD/FIN/8/443/VOL.1 with the caption “term loan of N10billion acceptance of offer” and addressed to The Branch Manager. It read “we refer to captioned credit facility offered to the State Government and hereby write to accept the offer”. The tenor of the loan was 7years at an interest rate of 13% per annum [see letter].


However with four [4] days following the acknowledgement of the loan approval, on February 25, 2008, the Isa Yuguda administration realized they have committed an impeachable offence. They committed the offence of getting a loan without the approval of the State Assembly. To avert this, the Accountant General, Bappa Azare and Finance Commissioner, Sadiq Y. Wanka quickly drafted a letter dated February 25, 2008 to the Branch Manager. The letter was captioned “N10billion term loan facility: request for deferral of certain documents and approval for immediate draw down”. It read “ we refer to captioned credit facility recently granted us and hereby write to further request for a one week deferral of submission of the following documents due to circumstances beyond our control – loan agreement, lien and set-off agreement, and House of Assembly resolution. We also hope that an immediate draw down will be approved to enable us settle immediate obligations”. With this, the bank allowed the Isa Yuguda's administration to draw down on the N10billion without the approval of the State Assembly [see letter].


Sources out of the Isa Yuguda administration told our correspondent that the Bauchi House of Assembly had refused to involve Bauchi State in the said N10billion loan. And this reason that they saw the loan as a money laundering avenue, refused to give their approval. Nonetheless, the Governor in a desperate move, according to the source, distributed the sum of N20million to each of the members of the State Assembly.


With this effect, the SSG wrote to the State Assembly in a back-dated letter dated February 8, 2008 with subject number GO/SS/PER/S/72/T.3 requesting for approval to secure a bank loan to finance some government projects. And the State Assembly through its Permanent Secretary/Clerk to the House, Abubakar Usman, relayed its approval in a letter dated March 10, 2008 and referenced BASHA/POL/S/13VOL.VI/158. The letter indicated that “the approval of the request was moved and was unanimously resolved in the affirmative”. This was following their March 4, 2008 deliberation [see letter].


In a similar stroke of financial criminality, [as at August 2009] an unpaid loan of N4billion hangs on the neck of the Isa Yuguda administration. The loan was secured from Intercontinental Bank through one of the State Government accounts [account number 026648600201] domiciled in the bank. As a result of the Yuguda administration's failure to fulfill on its repayment agreement fell out of terms with the bank. And in turn, the bank refused to give the Yuguda boys further credit facility – of which Yuguda reacted to threaten the withdrawal of the State account from the bank. Responding to the Yuguda threat, the bank wrote to the Central Bank Governor and the Accountant General of the Federation urging their intervention to stop Yuguda from withdrawing the State account from the bank without repaying the said loan. Both parties have yet to respond.


Adding gravitas to the stench of possible financial crimes are Isa Yuguda's personal activities at the FIN bank. Presently, Governor Yuguda maintains two secret accounts at the FIN bank under the names Excalibur Investment [account number 2104300004644001] and African Energy. Form C2C7 of the Corporate Affairs Commission [CAC] revealed the owner of both companies as Isa Yuguda. But the possible financial crime is in the balance of the accounts and the unpaid loans taken by the two companies. The balance on the account of Excalibur currently stands at N281,191,501.59k while that of African Energy stands at N293,755,537.47k. And interestingly, the CBN's exercise that listed bank debtors showed that both companies owed exactly the amount sitting/idling in their respective accounts. A sum totaling N574,947,038.06k. The loans remain unpaid.


What strikes as puzzling is the manner the Isa Yuguda's administration continues to evade the attention of the Economic and Financial Crimes Commission [EFCC].