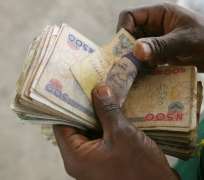 Determined to draw the attention of the whole nation to the multi-various positive transformation that has been the lot of Osun State in the last four years in the area of economic development, a large number of professionals based in the state will be coming together under the auspices of a non-governmental organization, the People's Welfare League (PWL), to organize an economic summit where stakeholders from different parts of the state and nationwide will share ideas on how to safeguard the achievements so far recorded in the areas of economic development and youth empowerment with a view to setting agenda for future improvement.

Tagged 'Orisun Aje 2014', the two-day summit which will hold in Osogbo, the state capital, between 29 and 30 April is to have the theme 'Crux of Osun's Developmental Masterplan: Analyzing a radical economic Paradigm Shift' .

According to Comrade Biodun Agboola, Coordinator of the Peoples Welfare League, which is the convener of the summit, the programme is expected to capture and expose to the whole world the new potentials and opportunities now opening up in the state as a result of the developmental and transformational strides the state has taken in the past 40 months of the Ogbeni Rauf Aregbesola administration.

In Agboola's words, 'Osun has been transformed from a backwater, agrarian state into one of Nigeria's largest and most vibrant economies through a masterful plan that combines prudence, strategic focus and mass talent mobilization. The latest testament to this fact is the Rennaisance Capital's recent description of Osun as Nigeria's 7th largest economy even though the state is 34th on the revenue allocation table and there is need to discuss the merits and security of these outstanding economic gains'.

He further stated that 'The National Bureau of Statistics has also rated Osun favourably in key areas such as per capital income, employment generation and infrastructure development, among others. The last 40 months have seen the State of Osun transform into a land of increasing opportunities and investment destination with attendant impacts on overall socio-economic vibrancy'.

Comrade Agboola noted that as the state enters the phase of electing a new chief executive in the approaching August 9 Gubernatorial election, the need to showcase the level of transformation witnessed so far under the Aregbesola administration as benchmark for future rating of whoever will mount the saddle next cannot be over-emphasised.

'Since the administration of Colonel Leo Ajiborisa, our organization has always been on ground to critique the annual budgets and performances of each administration with a view to establishing how people- driven and development-centered the policies are. What Osun has witnessed in the last four years marked a total paradigm shift and a new benchmark which must be properly showcased to the whole world', he explained.