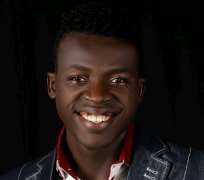 Akpororo, whose real name is Bowoto Jephta, is one comedian in Nigeria that has gradually become a force to be reckoned with in the comedy industry in the country. His rise to fame can be described as phenomenal.

Even though he started the comic business in 2008, the Delta State-born humour merchant has no doubt surpassed most of his colleagues that were there before him. The surprising thing about this outstanding act is the obvious transformation he has gained since he got his first breakthrough in 2010.

Akpororo once said in an interview that poverty forced him to discover his talent in comedy.

“I sing, play football, table tennis; I also swim, I dance I sing and I also play basketball. In fact, people pay me compliments and tell me that I'm gifted. But when I tried comedy, it gelled and I stuck to it. And you know, when poverty deals with you, as it did to me, you will be forced to discover the talents in you,” the comedian once told Tribune in an interview.

He is now getting to the level the likes of 'I Go Dye', Basketmouth, AY, Julius Agwu and others have attained in the industry over the years.

Hardly would a comedy event hold in the country that this cute guy won't be part of the performers. Some have described him as the new 'I Go Dye' because of the rawness and originality of his funny jokes.