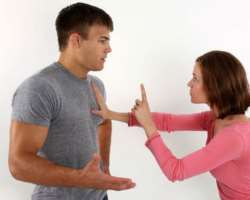 Sex is a potent, organic lubricant which lubricates the depressed wheels of marriage. In some cases, it is the elixir which sustains marriages that are near asphyxiation. The winsome paramountcy of sex in marriage is a ubiquitous fact that some married people know. Sadly, married people who should levitate in the inebriation of sex don't get a puff! Although, it barges in sometimes, but its frequency hurries down the diminishing valley as time strolls into the future.

My friend Ade doesn't secrete the agonies of his sexless marriage in a comely façade. He tells everyone who cares to take a listening to his honest jeremiads that sex happens more in "ordinary" relationships than in marriage. Ade is mulling having an extra-marital affair. His wife isn't salting his veggies. She has had enough sex with him to last her a life time. And the kids? Yes they are top priority for her now. Sex is just a humdrum exercise.

The first two years of his marriage was sprinkled with tepid sex. The third year when the twins came it morphed into a depressed exertion, and in the fourth year it became a plaintive fit. It ceased! Ade wondered how his marriage could have run out of sex steam in such a short time. He had tried everything to make his wife respond to his libidinal “dander” but she seemed to have slipped off the sex cliff. She had reached the climactic cumulus, and thus couldn't descend.

Now, Ade wants to give Bukky the last nudge to reason before he nestles in the arms of a mistress. He thinks counseling will do it, since her defence is that she has lost interest in sex. She simply needs a libidinal epiphany!

When Ade brayed his marital challenge to me, I told him I would write about it. He giddily told me to go ahead because many marriages like his are drained of sexual passion, and lost in quotidian chores.

Truly, many marriages are sexless. According to some marriage surveys, an unbelievable number of adults are crouching in sexless marriages. And from many other testimonies, the lack of sex is the fount of major marital problems. It is surprising that marriage which customarily breaks inhibitions and gives couples the carte blanche to explore the crevices of their bodies is sexually less quarried.

Many women too are in sexless marriages just as Ade and Godwin. Sometimes, it is not the woman's fault. Some husbands who feed on pornography prefer dissipating their raw energies on other women who are objects of their depraved imagination to making love to their wives. They leave their wives sex starved, and eviscerated of passion. Again, some husbands who are lustful, after sometime find their wives unattractive. They too take their tools to where they believe they will be better served.

I know the intricacies of marriages are different, but the truth is more marriages are becoming sexless with new technology, job strains, kids' intrusion, illnesses, old age, frumpiness, fossil romance, financial constraints and all in the list sex killers.

Tendentious as it may be, married people don't really have sex, I know because I'm involved.

Disclaimer: "The views/contents expressed in this article are the sole responsibility of the author(s) and do not necessarily reflect those of The Nigerian Voice. The Nigerian Voice will not be responsible or liable for any inaccurate or incorrect statements contained in this article."
Articles by Fredrick Nwabufo
3-4-2014  Nigeria’s Critics In Diaspora: A Pretentious Horde6-3-2014  We Are Boko Haram3-2-2014  In The Hands Of The Nigeria Police13-1-2014  The Homosexual I Know8-12-2013  A City In The Grip Of CriminalsMore...