HISTORY-MAKING MOVIE LANDS IN NIGERIA AFTER UK PREMIERE ...CHIWETEL AND GENEVIEVE LEAD THE GALAXY OF STARS 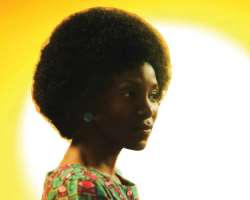 As history would have it and inarguably, the most anticipated and celebrated high budgeted movie in Nigeria, Half of a Yellow Sun is the first Nigerian movie to be released across Cinemas in different countries which include the UK,USA, Middle East, Portugal, Australia, New Zealand. Not to worry it will premiere in Nigeria and be released on the 12th and 25th of this month respectively. It premiered on the 8th of April 2014 at Odeon Cinema in Stretham Hill, London and it was sold out, it was a huge success.

We envisage the 12th of April as the starting point of the movie in Nigeria, in attendance would be Chiwetel Ejoifor, Genevieve Nnaji and Nollywood star actors and actresses. This is sure the first of its kind in film production in the country and we are proud it's coming from Nigeria (Nolly and Hollywood collaboration). In fact, it is the first Nigerian movie to be shown at the Toronto Film Festival, Canada. The 10 Million Dollar movie has a cast of highly successful and premium artists who apart from commanding great commercial value, connect to audiences in different parts of the world.

The British-Nigerian production is about love during the Biafra war which was between 1967 and 1970 and the displacement of families during the war, but like the posters says 'divided by war, united by love.'

Meanwhile, Genevieve Nnaji has been described as the queen of Nigerian box office, she has generated over N138 million in a number of movies. Other Nigerian casts in the movie includes OC Ukeje, Tina Mba, Zack Orji, Onyeka Owenu, Wale Adeojo and Gloria Young.

As the box office queen what would she deliver for Half Of A Yellow Sun?