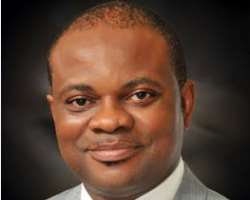 Piqued by the worrisome dearth of industries in Rivers state and the possible consequences on youths of the state, a governorship aspirant under the platform of the People's Democratic Party (PDP) in the state, Nimi Walson Jack, has condemned the situation, saying the problem of unemployment would not be solved without tackling the issue of industrialization.

Jack, a former General Secretary of the Nigerian Bar Association (NBA) stated this recently while addressing the indigenes of River State resident in Abuja at a town hall meeting.

He observed that despite huge monthly allocation accruing to the state government, states created alongside Rivers State in 1967, and some created after had overtaken the state in terms of economic and infrastructural development.

"Our brothers like Lagos State and the rest have left us, our younger brother like Akwa-Ibom have overtaken us. For the amount of money we receive in Rivers state, we can do better", he said.

According to him, successive governments in the state have mismanaged industries inherited from the old Eastern region.

"When we inherited Rivers State from Eastern Nigeria, Diete Spiff ensured that the state was filled with industries and factories, we ran them down and then sold the remaining to our friends, today we are talking of unemployment, there will be unemployment because there were no factories or industries to employ the people," he added.

Jack who accused the Rotimi Ameachi led administration of neglecting the riverine communities lamented that some of the communities are completely cut-off from other parts of the state.

"We have to take Rivers State to the days where we had 12 hours of electricity, I enjoyed it. I enjoyed chlorinated pipe born water by the Rivers State utilities board. I went to the university and my bursary was paid on time by the Rivers State government. Riverine communities are completely neglected; in the whole of Kalabari land there is only one cash office of UBA, in Abonema, there are no banks in Degema, Buguma, Bakana, Nembe etc. And these communities cannot develop without the banks; something has to be done about opening-up the rural areas, whether they are in the riverine areas and upland areas. When I remember places like Ahoada East and Ahoada West, and some other places that are cut-off completely from Rivers State, you have to go through Bayelsa state in the same riverine communities, they don't know what general hospitals look like", he stated.

He insisted that that state has enough revenue to administer development in every local community, and at the same time, create employment opportunity for the youths.

"With N25 billion every month, about N240 billion in a year, if they cannot manage a toilet roll factory, which we don't have, then the government itself have to be contracted out. We are convinced that government can run businesses, 25-30 years ago, Dangote did not own cement factories, Rivers State government has more money than Dangote to establish a cement factory, we need to do something about the industrialization of Rivers State", he was quoted as saying.