I Dumped Nollywood To Have Babies, But I’m Back Now—Chidi Ihezie-Okafor 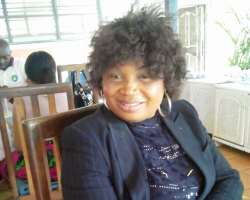 Some years ago, Nollywood actress, Chidi Ihezie-Okafor took a sabbatical from the movie industry and left some of her fans wondering where she hid herself. Her calm and gentle look made many to love her as an actress.

She is one actress that interprets her role judiciously, especially when she plays the role of a 'good' wife. For this light-skinned make-believe star, acting is what gives her joy, even though she has other things she does when she is not on set.

Not too long ago, she opened a store in Akowonjo, in Egbeda area of Lagos State, where she sells clothing materials. For her, seeing her fans patronizing her gives her joy, according to what she told Nollywoodgists.com, when we bumped into her some days ago.

Explaining the reason behind her absence from the industry that got her fame many years ago, the mother of four said that she had to leave acting in order to produce children for her husband, who she described as her best friend and confidant.

“When I got married, I faced the other side of production; family production. That was why I was away from Nollywood for some time,” Chidi told us.

Meanwhile, the actress expressed her joy in returning to Nollywood and she said that her fans will not cease to see her on the screens. “I have returned and some of my films are already in the market. I picked up last year (2013),” she noted.