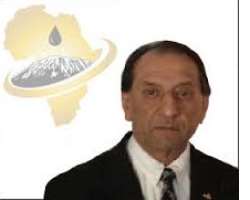 2014 is going to be a banner year for Kilimanjaro Capital. Our main focus is gearing up the multi Billion Dollar Somalia ACA Block which is exploration ready. Our estimated net profit for this one block alone is about $200 million and climbing so it is our top priority for 2014.

Somalia - We are really excited about the ACA Block and the NI 51-101 report by Chapman Petroleum Engineering. The figures are fantastic - prospective oil resources of 21 million barrels and 130 billion standard cubic feet of sales gas (Bscf) in the ACA Block. Given that these figures are based on pre 1991 data, we think the reality is even better.

The ACA Block has an interesting history, it was drilled by Sinclair Oil and then ARCO with oil found as early as 1960. The wells were capped since Somalia was not in production mode. The socialist government nationalized the entire block in 1979 and started its own drilling program with World Bank backing. Before production could begin the civil war broke out and the Petroleum Ministry went up in flames. Our ACA block partner, Amsas, CEO is Dr Ali Abdullahi who was petroleum consultant to the Somali government and picked up the block in 2008 and inked a deal with Kilimanjaro last year.

Our job is to be the catalyst to get the exploration plan rolling this year. We are negotiating with a security firm, seismic and drilling companies and asking the World Bank to resume its former position as financier. The block is 51% owned by the Somali Federal Government and is in a strategic area next to the capital Mogadishu.

I can tell you that we are actively working on finance, seismic and yes - drilling partners.

My personal opinion is that this block is just the beginning for Kilimanjaro in Somalia. Big oil is headed back to Somalia and Shell has claims on a bordering offshore block to ours. Oil can help revitalize the Somali economy and Somalia can also become a major gas producer. The ACA Block also includes all the mineral rights which oil companies often ignore but not us - this is something we are looking into as I write this. Further the agreement with the Somali government allows first refusal on up to an additional three more blocks. Somaliais our top priority and we will have rapid fire deals in the coming months.

North America - Since September 2013 we have been in negotiations to acquire a significant conventional asset in North America. The reasoning is twofold. First, we want to enhance shareholder value and equity by diversifying our portfolio and secondly, the contacts and experience gained here will shortly pay off in Somalia. Expect a flash news release shortly about this pending acquisition - all I can say now is that it is big and it is in production mode.

Contingent Assets - In addition to our ongoing focus on the Somalia project we have resource properties that depend on regime change -contingent contracts that depend on economic and political self determination. We support democratic regime change that corrects the outdated colonial boundaries of Africa that have spawned so much misery and suffering.

Cabinda - Kilimanjaro owns nearly 100% of the disputed onshore and offshore oil and mineral resources having obtained them from the Front for the Liberation of the State Cabinda (FLEC). We are pleased to see that FLEC is emphasizing civil change and coalition building. For example, UNITA parliamentarian Raul Danda was recently quoted as stating most Cabindans support independence.

Biafra - Kilimanjaro has a 100% oil and mineral stake from the exile government. The previous concession holder was Paris based Bank Rothschild. The political situation in Biafra and Nigeria as a whole is heating up. While we hate what is going on in Nigeria with ruthless violence particularly by Boko Haram fanatics in the north; we are also seeing positive signs in Biafra and the Niger Delta that peaceful protests and legal actions are bearing fruit. A referendum is hopefully in the offing which would determine the borders of a new Biafra.

Maiombe - Kilimanjaro holds a 49% non controlling interest in Maiombe Ouro e Minerais Ltd. Maiombe is a private mining company which has a concession in the Cooperative Minier de Developpment du Mayombe "COMDDM" in northeast Cabinda near the Congolese (Brazzaville) border. Maiombe reports that it has made site visits to its property but has delayed drilling for gold and diamonds pending the outcome of the border incident negotiations between Congo Brazzaville and Angola. Angolan soldiers have recently clashed with both FLEC and Congolese troops in the region.

Matebebeland - Kilimanjaro is nearing completion of its feasibility study commissioned by the Matabeleland Liberation Organization. MLO leader Paul Siwela has fled Zimbabwe and has been speaking out against the government of Robert Mugabe. Matebeland without a doubt is rich in gold, platinum and other minerals and its people deserve a future free of the corrupt and brutal Mugabe regime. There are also hints of oil possibilities there too.

Further Acquisitions
Kilimanjaro Capital continues to identify and negotiate further acquisitions. Kilimanjaro is investigating possible conventional acquisitions in North Africa and the Indian Ocean regions. Finally, I am particularly interested in one day assisting our partners with agricultural, telecommunications and forestry management.

Concluding Remarks
As an ethical company, we must put back twofold into the African economies what we take out as a resource company. I will leave you until our next update with the words of the Aga Khan IV: 'There are those... who enter the world in such poverty that they are deprived of both the means and the motivation to improve their lot. Unless these unfortunates can be touched with the spark which ignites the spirit of individual enterprise and determination, they will only sink back into renewed apathy, degradation and despair. It is for us, who are more fortunate, to provide that spark.'