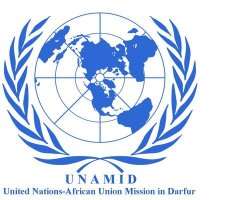 EL FASHER (DARFUR), Sudan, March 24, 2014/African Press Organization (APO)/ -- The African Union-United Nations Mission in Darfur (UNAMID) is providing protection to thousands of people who recently sought refuge at the Mission's bases in Korma (North Darfur) and Khor Abeche (South Darfur), as a result of violent attacks by armed assailants on villages and on an IDP camp, respectively.

In Khor Abeche, on 22 March, about 300 heavily armed men attacked a camp for internally displaced persons (IDPs), setting fire to dozens of shelters and stealing livestock belonging to the residents. As a result of the incident, at least 2,000 IDPs sought refuge at the UNAMID base. One IDP was reportedly killed. The Mission is providing protection, shelter and water to the IDPs and is working with the humanitarian community in Nyala, on the provision of emergency support.

Also on the same day, hundreds of families approached UNAMID's base in Korma and advised that Kobe town (approximately 21km north of the base) and neighbouring villages, had been attacked by armed men on 21 March. One fatality was reported, alongside the looting of property and burning of houses. UNAMID has deployed additional peacekeepers to enhance the protection of the estimated 1,000 displaced persons gathered at the Korma base. The Mission is working closely with humanitarian partners to provide the necessary emergency assistance to those in need.

UNAMID's leadership calls on all armed elements in Darfur to refrain from using violence against innocent civilians, resolve their grievances peacefully and ensure that the Mission and humanitarian actors have the necessary full and unimpeded access for the protection of civilians.