10 Signs That She Is Not That Into You 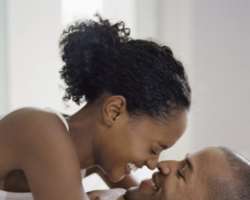 Girls are not easy to understand. No wonder it becomes very confusing for a normal guy to find out, if a girl is interested or otherwise. However there are also cases when we become victims of ignorance where we fail to notice basic signs that lie in front of our eyes. It is always better to pick these signs, before she assumes you to be this desperate psycho trying every chance to gain her attention. Here are 10 signs that she is not that into you:

1. She often doesn't bother to return your calls:

You could assume that probably she's been so busy with work that she didn't get even two minutes to spare or that she obviously must have lost her phone or you could just come face-to-face with reality that, she's just not that into you.

2. She flirts with boys in front of you all the time:

When a girl likes you more than a friend, there can be no excuse why would she do this. So instead of making yourself believe that she's just trying to make you jealous, why don't you just come close to the truth? And the obvious truth here is, the girl is not that into you.

4. She runs away from commitment with you:

When you try to talk about your future together, she changes the topic. It is time to face the fact. She does this because she doesn't want to have a future with you and she may be flirting around with you.

5. She doesn't return your advances:
Think about how she reacts when you ask her for a date. Does she just change the topic or come up with silly excuses? If at all she agrees to come out with you, does she always try to bring someone along? Here the huge possibility is that she doesn't want to be anything more than friends with you. She has already made it pretty evident. It is just you, who is delaying to pick the signs.

6. She is very amused by your jokes:
If a girl finds you funny, half of the job of getting her attracted to you is done. However if she just won't laugh at your jokes, if she rolls her eyes at your witty comments and sulks at your funny one-liners, she isn't that into you.

7. She ignores you often:
You catch a glimpse of her on the street. You excitedly wave in her direction. But she walks away as if she never saw you. When you finally manage to reach her and ask her why she didn't say hi to you, she acts all innocent saying that she didn't notice you. Well obviously she didn't notice you because she was trying hard not to!

8. She is often quiet around you:
Women love to talk. So once that mouthpiece goes into silent mode, it is time to worry. You often notice her not being herself around you and often not telling you even basic important things about her day. You need not look further my brother, the big obvious truth staring at you in the face is that she is not that into you.

9. She often makes plans minus you:
All girls like their space. But if most of her big plans don't include you, this is a sign of trouble in paradise. It is so obvious that she is just trying to get away from you and doesn't know how to tell it to you.

10. Nice Comments:
You write nice Facebook posts or rather made a nice comment on a blog, she sees it and either likes your comment or reply you nicely, that's it! That doesn't mean she likes you and it's not a sign that she is into you.

11. She sends out signs that she is uncomfortable:

If you take a step towards her, she jolts backwards. This is a clear indication that she feels uncomfortable around you. Do you seriously need any more signs?

Sometimes the signs are not that hard to pick. It is just that you are so blinded in love that you just won't notice. All you got to do is open your eyes to notice the very much visible truth-she's not that into you!