USHA ANENGA: NIGERIA IS SHOWING THE HALLMARKS OF A FAILED STATE 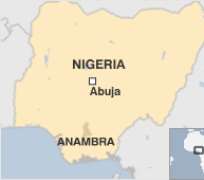 Nigeria prides herself as being the giant of Africa. Our leaders brainwash themselves with emotive optimism, denying and rationalising away the relevance, significance, or importance of the glaring reality about the declining state of the nation. Wake up compatriots, our beloved country is at the brink of failure. Many have questioned the foundations of our existence in the first place, saying the formation of Nigeria was just an expedient conglomeration of different kingdoms forced under one roof. The experiment is going terribly wrong and with no lessons learnt for 100 years, we are set up for disaster except something drastic and spectacular happens.

When a country cannot defend its sovereignty, provide reasonable public services like power, education, healthcare, guarantee the security of lives and property, conduct free and fair elections, tackle corruption, ensure justice and human rights, ensure economic stability and provide reasonable employment for its youths, it on the highway to failure. This is pathognomonic of Nigeria. According to Failed State Index 2013 which is based on indicators such as institutional corruption, criminality, sharp economic decline, internal displacement of citizens, group grievances, institutional discrimination, emigration of the intelligentsia and the state of the ecology, Nigeria is ranked 16th most likely to fail on the list of 177 countries studied. This tally with the reality on ground, all over the country, we exude the hallmarks of a failing state.

2014, the penultimate year of the general elections, have been greeted with bloodbath in the North-East and North-Central parts of the country. The ever elusive Boko Haram 'terrorist' group and its mobile unit, the Fulani militias have claimed hundreds of lives, over 100 of them just yesterday in Katsina State at a time when the president was visiting and it were expected that the state would be under the tightest of security. Notorious nomadic Fulani herdsmen travel great distances eating the crops of farmers along the way and wrecking havoc, leaving a trail of blood and tears. Within the last week, they have sacked 64 villages in Benue State alone, burnt down entire villages, beheading the old and weak with a kind of brutality that has got many questioning their humanity. Thousands have been displaced, with no refugee camps in search of shelter, food and medicine.

No one is safe, the poor, the rich, women, men and children are all living in fear and uncertainty, and as usual the government condemns the attacks and the crisis continue unabated. Never in the history of Nigeria have we seen such ineptitude concerning militarism in the defence of the sovereignty of the country, which is under serious threat from a cocktail of militant and grievant groups. It's been a vicious cycle of attacks, government condemnation, more attacks and government condemnation. The government appears to be overwhelmed or have run out of ideas in the fight against insurgency. The deafening silence on this sensitive issue is bound to encourage other grievant groups to seek or consider armed struggle. Already the Biafra Zionist Movement (BZM) has taken initiative. The group who claimed responsibility of the recent attack on Enugu state government house has called on other militant groups in the South-East and South-South (MEND, OPC and Bakassi Boys) to join forces in the fight for the independence of the state of Biafra. They have also issued an ultimatum for Nigeria to vacate 'Biafra territory' by the end of this month or face serious bloodshed. With the current state of security in the country, anybody can do anything and go scoot free. One begins to wonder, if Nigeria cannot guarantee the security of its citizens and quell internal crisis, what if we were at war with another country?

Nigeria has failed to cater for its inhabitants, most homes in Nigeria make provision for water (well or bore hole), sewage treatment (soak away), power (generators) and security. Armed robbery and kidnapping is sky high, lives and property are not safe anymore, and it has never been. There's no guarantee of making an intra or inter-state road trip and escaping armed robbers or accidents due to terrible roads. The billions budgeted annually for social amenities and infrastructures somehow find their way into the pockets of our leaders and the rest is history. The same goes for education. Public universities are an eyesore with students sitting on the floor or peeping through the window to get a glimpse of the lecturer due to lack of room and manpower. But for last year's arm-twisting 6-month strike by the Academic Staff Union of Universities (ASUU) that resulted in injection of some funds into the system, we would be looking at a more sinister scenario. Still, our primary schools are in deplorable conditions with teachers being owed salaries of up to 5 months in some states.

Corruption has eaten deep into the fabric of Nigeria with no end in sight, in fact, rather than tackle it; the government tackles those who try to tackle corruption, quickly eliminating them from the scene. It's a country that celebrates corruption and its perpetrators, allowing a few to milk the commonwealth of 160 million others with impunity. The unmistakable crippling stigmata of corruption are palpable in every sector of Nigerian economy and every level of government. Every month it gulps over N10 billion within the federal government alone. It is still ironical that a nation flowing with the proverbial milk and honey in the form of crude oil, the 6th largest producers of it on planet earth and with a ready market in 160 million people, still have failed refineries, fuel scarcity and long queues. Over $20 billion of unremitted petroleum funds, amongst other funds, is still unaccounted for; the Nigeria National Petroleum Corporation is a museum of corrupt practices with accounts unaudited since 2005. According to Comrade Adams Oshiomole, a former labour leader and present Governor of Delta State, 'the cabal in the petroleum industry is stronger than any government in Nigeria'. Healthcare is not an exception, the 5000 Nigerian patients involved, with over N120 billion spent annually on medical tourism to destinations in India, Turkey, Germany, UK and the US testify to the decay in the sector.

The unemployment rate in Nigeria is typical of a failing state. Unofficial estimates put it above 30% and it's constantly on the rise. The lack of development in the country has limited the employment capacity of the labour market, and few job opportunities available are reserved for the children and relatives of the high and mighty in the society leading to a mass emigration of our best brains to other countries where will be better appreciated.

As Nigeria skids off the road of stability, it seems our leaders are oblivious of reality. All eyes are set on the 2015 elections with no thought about what will be left to govern if the status quo continues. When will the scales of 2015 elections fall off the eyes of the commander-in-chief to realize that Nigeria is gradually sliding into a failed state? Our leaders should drop the jamboree and campaign rallies and focus on the task at hand between now and the 2015 elections; a period I think will be one of the most sensitive and crucial in the history of this country. Any threat to the security of citizens and the sovereignty of the nation must be met with equal or more response, on the land and in the air, by the government military. We must fight terror with terror. It is in the power of the president and I personally see no reason why this can't be done. Politicians must also shun uncivilized mundane tactics in pursuing their endeavors. Mistakes have been made but further polarizing the country along ethno-religious lines for short-term benefits will not be good in the long run. Lastly, inability to conduct a reasonably free and fair election in 2015 will be the 'straw that will break the camel's back', it will ultimately seal the fate of Nigeria as a failed state and crush the little hope we have left in her. Rigging elections is the highest insult mete to any people and politicians have perfected this act in tandem with the inconsistent judiciary in the country. What they need to realize is that, the electorate are wiser now and will not let anyone make a caricature of their franchise anymore. We will stand by our vote with all our strength, by so doing; we defend the unity of Nigeria and uphold her honour and glory. So help us God!

Usha Anenga is a concerned Nigerian, Medic, Entrepreneur, Technology Enthusiast and Writer. He tweets using @UAnenga and blogs at UAnenga.com

Disclaimer: "The views/contents expressed in this article are the sole responsibility of Ushakuma Anenga and do not necessarily reflect those of The Nigerian Voice. The Nigerian Voice will not be responsible or liable for any inaccurate or incorrect statements contained in this article."
Articles by Ushakuma Anenga
10-10-2015  The Five Sins Of Governor Samuel Ortom10-10-2015  Perennial Floods: The Need For A Long Lasting Solution7-10-2015  Benue: What Next, Now That The Period Of Amnesty Is Over?30-6-2015  Governor Samuel Ortom's First Month Scorecard: So Far, So Good15-4-2015  Benue Guber & The Dynamics Of Politics In Benue South Senatorial ZoneMore...