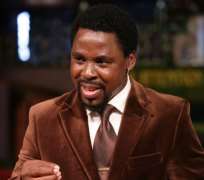 For Mr. Mike Otabunor, sleep was a distant dream and freedom a far-off hope as with each panic-stricken moment, his life went on a downward spiral. He speaks of his ordeal:

“Months ago, I returned late from work. There was no light in my house; so I brought out and started my generator. As I turned back, I saw a lizard on the door to my bedroom. I was scared because from my experience, I have never seen a lizard living inside a house; I always saw lizards outside. Normally, I thought if a lizard mistakenly enters a house, it will immediately come out again. I was the one who locked my door before I went out that day – and there was nothing like that. So, coming back in the evening and seeing that lizard really scared me…

“Since then, life became a nightmare. Whenever I slept, I always saw big lizards pursuing me in my dreams. Each time I closed my eyes, I saw lizards chasing me. I couldn't even count them. I always saw lizards attack me everywhere I went. My sleep was always disturbed. In my dreams, they would chase after me and I would be running, running – and they were bigger than normal lizards.

“It was so serious, to the extent that, whenever I saw a lizard, I would be terrified. Instead of me to continue my journey, I would go in the opposite direction.

“If I slept around 11pm, I would wake up at 12am and couldn't sleep any more. I would just go outside and sit until maybe at around 4 or 5am, sleep would just come. If anything made a sudden noise, I would be scared. Many times, I couldn't sleep because I would be hearing noises. I would wake up and turn on my light to find what was making noise but could not see anything. I had such fear for my life – fear that something worse might happen.

“Everything in my life just collapsed. Since that time until now, I don't have any job. Things have been so difficult… I don't even know how to explain myself.”

Mr. Otanubor knew that his last hope lay in the Almighty God. He said: “I had been praying that God should use the man of God to give me a prophecy”. As he entered The SCOAN on December 31st for the candlelight service, he was resolute, as he vowed, “I cannot enter the New Year in this state”. As he fervently prayed his way into the New Year, with thousands of other worshippers at The SCOAN, his prayer was, “Holy Spirit, through whom all things were created – create in me a new life and a new beginning”.

The following week, his prayer was answered in a glorious way.

“During the mass prayer, the man of God prophesied, 'There's a man here who always sees a lizard in his dreams'.

“When the prophecy came, I knew within me that I was the one being referred to. So I ran out and the man of God prayed for me. He then asked me to close my eyes and check if I could still see lizards. I did and I couldn't see any. He then instructed me, saying, 'Ok – go outside'. I went outside, closed my eyes and didn't see lizards any more!”

As Prophet T.B. Joshua prayed for him from within the church auditorium, hundreds of metres away from him, Mr. Otabunor simultaneously fell under the power of the Holy Spirit. He described it: “I was trying to stand but couldn't hold myself; I felt so light. Something just moved me. The next thing I knew when I opened my eyes – I found myself on the ground. When I stood up, the man of God said that I should shout the name of Jesus and when I did, something awesome came inside me and I found myself on the ground once again. That is the power of the Holy Spirit!

With an inexpressible joy, Mr Otanubor laughed when he considered his previous condition: “How can I be scared of lizards! I can close my eyes from now until tomorrow and I will see nothing. This is a new life! Many people who know me can see the change.

“After my deliverance, I slept and did not see any lizard or suffer any evil attack. I had a very beautiful night's rest. Someone even called me on my cell phone but I slept so deeply that I did not hear the phone ring. In the whole of last year, I did not enjoy my sleep as much I did the night after my deliverance. This has shown me that Prophet T.B. Joshua is God-sent. I am a beneficiary of the power of God in his life. I feel it and I know it. I have joy everyday now! I give God the glory for everything He has done for me!