My music relaxes the nerves -M-Kaze 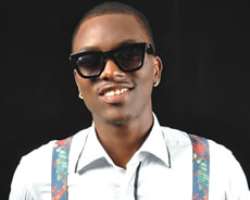 
Emmanuel Clement Azivudu popularly known as M-Kaze has said he is into music just to calm the nerves of his fans with his lyrics.

'I love good music and I am also a great listener; so I take time to create and modify my sound for the world to enjoy. My sound relaxes the nerves,' he said.

A song writer and producer from the  Niger Delta region of Nigeria, M-Kaze  King started his music career professionally in 2006 when he released his debut album titled 'Music  and  M-Kaze' followed by 'Psycho'' and 'King of the Underground'' .

With singles like; Psycho, Do Good, Kpom Love Gi, Change (situation), Sugar Banana, and Why E Be Say' featuring Duncan Mighty,  M-Kaze feels the  introduction of his style  into the music industry changed the face of music and motivated a lot of talented youths in the grassroots especially those from his region.

With awards such as ''Artiste of the year'' and ''Best collaboration' categories of Port-Harcourt Music Award in his kitty, M-Kaze's latest singles,  Psycho World and Change are enjoying massive airplay.