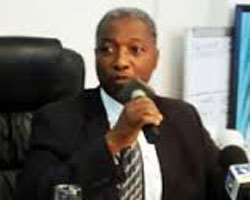 
The Department of Petroleum Resources (DPR) on Thursday denied claims that it attributed the current fuel scarcity in the country to delays in the signing of contract for importation of petroleum products.

A statement in Abuja from the Zonal Operations Controller, Aliyu Halidu, said the agency did not discuss any issue of contract signing or illegal bunkering during its budget defence at the Senate Committee on Petroleum Resources (Upstream).

'The issue of renewal of contracts for the importation of petroleum products was never discussed during the budget defence before the committee because we are not in the position to say that.

'The issue of bunkering only came up when the chairman of the committee suggested that the DPR could collect more revenue on behalf of the federal government if bunkering is resuscitated,' it said.

It said the agency agreed with the chairman and informed the committee that the resuscitation of bunkering was in progress.

It said that PMS, otherwise known as petrol, was not a bunkering fuel.

'The chairman suggested that DPR would make more revenue if bunkering was resuscitated, and we agreed with him because fees would be charged on bunkering licenses,' he said.

It said the agency explained to the committee that it was in the process of reconciling the royalty payment with NNPC and as such there was no way anyone could say 'there is loss of revenue or not to the federal government'.

It said the issue could not be ascertained unless the figures were reconciled, adding that no one could say anything categorically over the matter that the government had lost some money or not.  Enditem