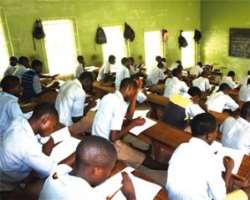 
Our secondary school system is facing another round of confusion with 39 new subjects added to the curriculum. The Acting Head, Test Development Division of West African Examinations Council, Olayinka Ajibade, said in February that the next May/June School Certificate Examinations would incorporate these subjects. When teachers for the new subjects have not been trained or produced, pieces of equipment are lacking and classrooms grossly inadequate, such an undertaking becomes a wild goose chase.

The new curriculum, which has 35 subjects in the trade category, contains Computer Studies, Office Practice, Insurance and Store Management as electives.  It is ironic that WAEC accepted to test pupils in the new subjects in the face of the appalling state of educational infrastructure and lack of personnel, even when it admitted that existing shortcomings were real challenges.

Subjects in the trade category include Salesmanship, Plumbing, Pipe Fitting, Upholstery, Photography, Painting and Decoration. The promoter of the new curriculum, the Nigeria Educational Research and Development Council, believes that it will inculcate vocational skills in pupils, thereby solving the problem of unemployment among school-leavers. We doubt that these vocational subjects are seriously being taught in colleges.

Under the new arrangement, English Language, Mathematics, Civic and Trade/Entrepreneurial Studies, constitute the four core subjects students will be tested on, while Science, Humanities, Technology and Business are the other categories, from which three or four subjects could be chosen, contingent on a student's interest or ability.

The crashed 6-3-3-4 educational policy, we believe, ought to have provided enough insight for the NERDC to avoid this recrudescence. The three years of junior secondary school and another three years at senior secondary level that were part of the old order, failed because the environment was not ready.  Continuous assessment during the first three years of secondary education was crucial in determining a pupil's aptitude either in technical or academic line.

The two streams of pupils were to be separated, with guidance/counselling playing a key role in fashioning a career path. Technical colleges were to absorb those with vocational abilities for proper training. But the system failed abysmally right from the outset because teachers were neither trained nor workshops and equipment available.

Olu Aina, a professor in vocational education, painted a picture of the policy somersault thus: 'The introduction of skills, particularly at the JSS level, which we called the pre-vocational aspect, the tools that were brought were lying in crates for several years. They were not taken out of the crates because there was nowhere to put them. The ones that were taken out were stolen…Those that were to use electricity could not be used because there was no electricity. Above all, there were no teachers to teach what were in the curriculum.'

At an education stakeholders' summit in Abuja, in 2010, President Goodluck Jonathan chided the policymakers behind the 6-3-3-4 system, adding that they needed to apologise to Nigerians.   A policy that is empty of an effective implementation strategy is worthless. It is in this matrix that we locate the current over-loaded school syllabuses. It is like cloning the technical quotient of the failed 6-3-3-4 system and re-turning it through the backdoor.

Apparently, given that there are just 104 Federal Government Colleges, it means that the Godswill Obioma-led NERDC designed curriculum is for public and private secondary schools in the country, which even are ill-equipped for the subjects already being taught. Where kerosene stoves have replaced Bunsen burners in university laboratories, according to the last needs assessment report on our ivory towers, then, the situation in our secondary schools since 1999 is better imagined.

Reports from the 36 states show students learning under trees as rainstorms had blown off the roofs of their schools. The schools intakes are from primary schools largely underfunded by states, most of which failed to draw down over N44 billion provided by the Universal Basic Education Commission since 2005.

Way back in the 1970s, technical colleges were coterminous with grammar schools. The former produced the draughtsmen, carpenters, bricklayers, electricians, auto-mechanics, surveyors and painters. They wrote City and Guilds examinations for certification. But a blend of blunders from education policymakers and federal and state governments led to the closure of these colleges. In the South-East, some of them were converted to regular secondary schools, while others were eventually overgrown with weeds.

If the NERDC is serious with its role in the country's educational system, a well-thought-out policy that will make technical schools rebound, as was the case in the past, is the only desirable option. An overpopulated school, without laboratory, lacking cameras, perhaps with a physics teacher asked to teach photography, taught once in a while, cannot deliver the intended skills to a student.

Instructively, these trade subjects need constant electricity to be taught well, granted well-honed teachers exist. But what is the level of electricity supply now? If power supply gravely undermined the 6-3-3-4 system in the 1980s, as Aina noted, the present reality should make Obioma and WAEC to rethink. This does not in any way suggest our aversion to the rekindling of the psychomotor domain, a key educational objective.

The cumulative effect of this seemingly putting the cart before the horse is that mass failure in public exams will rise geometrically. The National Examination Council had once expressed concern about this, which it attributed to syllabuses not covered by teachers and students, hence the widespread resort to cheating in order to pass.