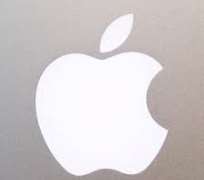 
Apple makes its next move in hands-free smartphone technology for car drivers when it unveils a new, integrated iPhone voice-control system at the Geneva Motor Show this week.

The U.S. company's CarPlay makes its debut in Ferrari , Mercedes-Benz and Volvo vehicles at the show, demonstrating the software system that allows drivers to control their iPhones via touch and voice, Apple said on Monday.

CarPlay enables drivers to access to contacts stored on the iPhone, make calls, return missed calls or listen to voicemails without taking their hands from the steering wheel.

Drivers can also use maps, listen to music and access messages 'with just a word or a touch', Apple said. Drivers will also be able to read messages and dictate responses via Apple's voice-activated Siri software.