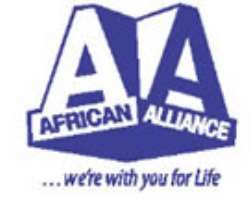 African Alliance Insurance is expected to achieve a turnaround in its 2013 operations despite that the company closed the third quarter with a lower profit figure than it posted in the second quarter. Revenue growth slowed down in the third quarter and costs grew generally, which caused a decline in profit margin.

Despite the accelerated growth in major expenses, the company is out of the red and is expected to close the year on a strong recovery note. Its turnaround in 2013 is driven by an exceptional growth in underwriting profit from N370 million in the corresponding quarter in 2012 to N1.5 billion at the end of the third quarter.

Other developments that contributed to the improved fortunes of the company include a sharp drop in interest expenses. Interest cost dropped by 81.5% to N5.0 million in the third quarter from the N26 million it expended in the corresponding period in 2012.

The drop in interest expenses follows the complete pay-off of the company's borrowings. It balance sheet is now completely free of interest bearing debts.

The company earned 3.71 kobo per share at the end of the third quarter compared to a loss per share of 0.24 kobo in 2012. Earnings per share is expected to come to 5.0 kobo for African Alliance Insurance in 2013. Profit volume will have to expand considerably for the company to be able to improve earnings per share reasonably on its 20,585 million shares in issue.