NIGERIA AT 100: LET’S TAKE THIS COUNTRY WHERE IT NEEDS TO GO 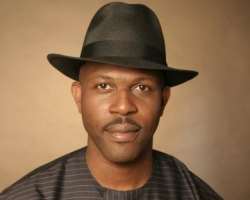 Looking around our country, it is not hard to focus first on the differences between us and dwell on the numerous negatives of today. Easy to miss the positives and overlook our strengths. That is why I have chosen to deliver a different kind of message for Nigeria at 100. A message I pray will appeal to our sense of "country". Nigeria is without question one of the fastest growing nations in the world. With a fast growing population, a steady climbing economy and a very strategic position on the world map; it's safe to say, Nigeria will one day join the pack of top nations in the world. We are a nation created on the bedrock of God's blessings, from our encouraging climate, non existent natural disasters, teeming population, vast basin of human and natural resources; our success story when told shouldn't be a surprise to many. Nigeria is great, but we know it can be greater.

Our build up to greatness will have many challenges; some of which we are facing now. Issues like Corruption, Boko Haram, Politics and Militancy in the Niger Delta, just to mention a few, were not caused by the present administration, but have been gradually evolving though subsequent administrations. Finger pointing is not only immature; it is irrelevant to the solution. We must unite, forget religion, forget location, forget tribe, forget ambition and think of our Nation. We the common citizens in the Niger-Delta were very instrumental to bringing peace to our region; at great cost. Over 2000 killed in Odi by our own civilian government under Obasanjo, hundreds killed in Gbaramatu by the Yaradua government not to talk of the thousands who died in other less noticed conflicts under their watch. Many of us forgave them. Because we found peace.

Now, we as a nation must join forces with President Goodluck Jonathan to move this country forward. We have no other home. Those of you who have forgotten how bad it has always been may not appreciate that it could have been worse, can still get a lot worse. The phrase "In all things give thanks" was extracted from the Bible but in the Quran it is also stated that all things come from Allah so give thanks. Let's all in our little constituencies, preach the word of Peace, Forgiveness and Sincerity and leave the rest for our creator. Politics should be helping us achieve this, not used as a tool to achieve selfish personal ambitions at the expense of the people. Be not deceived. No one party can solve these problems just as can no one region. We have to work together. Those who abused Obasanjo got Yaradua, those who abused Yaradua got Goodluck and those who abuse Goodluck, will get worse. Only people who do not love Nigeria will resist this call.

Nigeria is 100 and nothing can take that away from us. There have been many obstacles to achieving that and for the first time, I can see hope. A national conference coming yet no major calls for separation. That in itself is a cause to celebrate albeit low-keyed, reflect on the past and plan for the future. Only a stable democracy can give this to us. As we mourn the children, men and women dying in the north from the Boko Haram menace, those in the Niger Delta dying silently from oil spillages and conflicts, those dying on the highways from avoidable accidents and the less privileged who die every day from starvation; let's us be strong and believe in our victory, because it will surely come. Let's break all divides of Party, Tribe, Religion and Misplaced Loyalty and celebrate Hope for our Nation. Nigeria is great, and whether they like it or not, it will be greater.